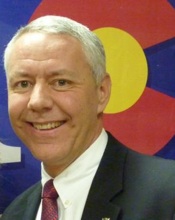 For the record, dark-horse Republican Tom Wiens is no longer running for U.S. Senate. He’s endorsed Ken Buck, the Weld County district attorney who earned praise and support over the weekend at the state Republican convention, according to the Greeley Tribune. Buck and the other big winners at both state party assemblies have tapped into their outsider, anti-establishment status to score victories over better-known (and sometimes better-funded) opponents being dubbed as establishment candidates.

In the wake of impressive party showings by Buck (over former Lieutenant Governor Jane Norton), Democrat Andrew Romanoff (running for U.S. Senate against incumbent Michael Bennet), and Republican Dan Maes (challenging former Congressman Scott McInnis for governor), mainstay impartial political pundit Floyd Ciruli is left reminiscing. Looking back at four decades of Colorado politics, he remembers few times when the parties’ own attitudes seemed so in sync with the public’s, according to 9News. There have been only three such instances: the Vietnam era, Ross Perot’s commonsensical revolt in 1992, and now, according to Ciruli.

“Both parties are in tremendous turmoil that I think reflects the public in general is anxious,” he says. “That unhappiness with Washington and with incumbents is now working its way through both political parties.”

If he’s right, then a piece at Salon noting a Democratic strategy just might be a step in the right direction: “In a handful of races, the party has replaced doomed incumbents on the ballot. And the results are encouraging.”