Even with the completion of a new downtown Denver detention center with 1,500 beds, officials aren’t done jail-building. City leaders are now looking to construct a $25 million, 256-bed jail annex that voters approved back in 2005. 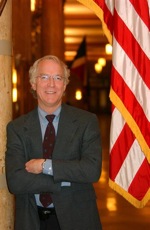 But Denver City Councilman Doug Linkhart isn’t quite ready to see the Denver Sheriff’s Department tear down several buildings at Smith Road and build the new facility and a parking lot, according to The Denver Post. Noting the problem of scofflaws who frequently commit minor crimes, yet cost the system hundreds of thousands of dollars over long periods of time, Linkhart would rather see intervention and plans to supplement existing inmate cells with rehabilitation programs. Linkhart also cites the new jail, saying its opening, along with declining inmate populations, makes another new jail unnecessary. “We’re not supposed to be running a boarding room,” he says. “Jail is supposed to be for people who are criminals, not people who are troubled. So many in there are just troubled.” As that debate unfolds, Northern Colorado is contending with its own jail issues. In Larimer County, officials, facing limited funding, are attempting to move DUI offenders out of jail more quickly, according to the Fort Collins Coloradoan. Such inmates will instead be housed in a less-secure Alternative Sentencing Unit, where inmates may work during the day. Meanwhile in Eagle County, a new kind of jail, built for $7 million, has opened to address the issue of overcrowding. Small, single cells have been abandoned for one open, well-lit room, with Wii video game consoles, skylights, and flat-screen TVs, according to 9News. Those who behave themselves get to come to the new jail, where the emphasis is on rehabilitation, not punishment.