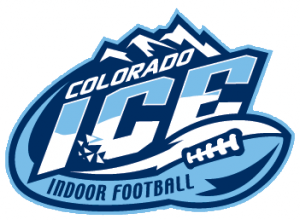 Colorado football fans may have fond memories of the Colorado Crush and the Arena Football League, which closed down in 2009 and then reopened a year later—without the Crush. But indoor football fans in the state still have a team to root for: the Colorado Ice, an Indoor Football League team based in Loveland, which is giving former NFL players a chance to keep playing on the gridiron, according to 9News.

The IFL is the result of the 2008 merger of the Intense Football League and the United Indoor Football Association, according to the league’s official history. The Ice plays its games at the Budweiser Events Center and offers an affordable football experience.

On the field, Ice players and coaches tell 9News that the team is like a “fraternity” of guys who take the game very seriously and have fun along the way.

“It always just comes back to playing football,” says running back Bobby Purify, a one-time University of Colorado star who played in the NFL for the San Francisco 49ers and the Green Bay Packers. Purify had been selling houses in the Colorado Springs area, but couldn’t let go of his lifelong passion. “It’s been a part of my life as far as I can remember. It’s not even a choice; it’s a way of life.”