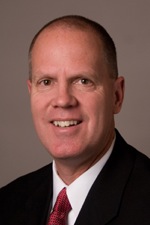 It’s been nearly a month since the University of Colorado hired Tad Boyle as head coach of the men’s basketball team to replace Jeff Bzdelik, who’s now coaching at Wake Forest University in North Carolina. Boyle has been busy since arriving in Boulder, reshaping the team’s coaching staff. The Boulder Daily Camera reports that Boyle named two assistants yesterday: Jean Prioleau from Texas Christian University and Mike Rohn, who coached with Boyle and Prioleau at Wichita State several years ago. The Denver Post says the duo will be teamed with coach Tom Abatemarco, who was retained from Bzdelik’s staff.

Most new coaches want their own guys on the bench with them, but the situation is a little unusual, especially after CU players publicly lobbied for former associate head coach Steve McClain to get the top spot. McClain interviewed with CU athletic director Mike Bohn, but has moved to an assistant job with Indiana University, after Bohn hired Boyle (via Big Ten Network).

The coaching shakeup nearly fractured a team on an upward trajectory, as star freshman Alec Burks said he was going to “explore his options” when McClain wasn’t promoted. The Camera reports that Boyle flew to Burks’ hometown of Grandview, Missouri, to meet with Burks and his parents and convince last year’s Big 12 freshman of the year to return to the team. The gambit apparently worked: “He told me his plan. I liked it, and I like him,” Burks tells the Camera.

Meanwhile, the Denver Post reports that CU will have to fight with Bzdelik to get the $500,000 he owes them for leaving the school before his contract ended. Wake Forest says it has a policy that it won’t pay buyouts for coaches it hires, so that leaves Bzdelik on the hook, although it’s not clear he will pay up without a team of lawyers getting involved. “I don’t want to get into it,” Bohn tells the Post. “We’re involved in a process that behooves me not to say anything publicly.”