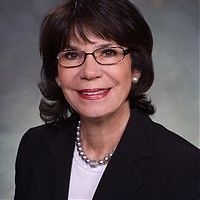 The Denver Post is grilling State Senator Joyce Foster, a Denver Democrat, in the Tuesday morning edition after she amended a bill to allow sex offenders to determine their own treatment providers, but—only on Monday—acknowledged that her brother-in-law is a registered sex offender. The admission contradicts Foster’s response to the newspaper last week, when she said she didn’t have a relative who had gone through the Teaching Humane Existence, or THE, program. Foster amended House Bill 1364, which extended the state Sex Offender Management Board for five years, to allow sex offenders to pick among three sex-offender treatment facilities, with consent from a parole or probation officer. Foster cites complaints against THE and tells the Post she regrets that she was initially dishonest. “I should have said, ‘no comment,'” Foster says. “I was trying to keep my brother-in-law out of it.” She explains why she railed against THE. “Many years ago my brother-in-law, in the state of Wisconsin, who is a physician, had a sexual relationship with an adult patient,” Foster tells 7News. He was convicted of a misdemeanor and when he moved to Colorado he registered for treatment and was treated no different than a hard-core felon, Foster complains. “He’s not a pedophile. He had no relationship with children,” says Foster.