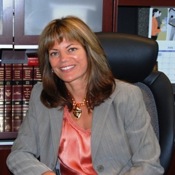 Erin Toll—the state director of real estate who was placed on involuntary leave, with her pay of almost $115,000 a year—has filed a lawsuit in Denver District court alleging her boss, Barbara J. Kelley, the director of the Colorado Department of Regulatory Agencies, and others violated her constitutional rights. That’s according to InsideRealEstateNews, which reports that the suit claims Toll was pushed aside without “any due process of law.” Kelley placed Toll on leave March 16, enacting, the suit alleges, “a total blanket ban on association and speech” with employees under the threat of potential discipline. Further, Toll has been barred from testifying to the state Legislature or communicating with Governor Bill Ritter, according to the suit. The Denver Post gets to the heart of some of the issues surrounding Toll, who became, arguably, the “most feared regulator in Colorado.” While working as the state’s deputy insurance commissioner, she exposed a massive title-insurance scheme and testified before Congress to argue for changes. In 2006, she was made head of the real estate division, exposing fraud in the industry by increasing disciplinary actions and imposing record fines. Earlier this year, Toll “made a mistake,” the Post writes. “She tangled with a state senator–Ted Harvey, a Highlands Ranch Republican–bent on turning back her growing authority as director of the state Real Estate Division. After a confrontation with Harvey at a March 2 committee hearing, Toll said Harvey and the company he worked for were under investigation by her office. It wasn’t true,” and the misleading comments were the beginning of Toll’s problems.