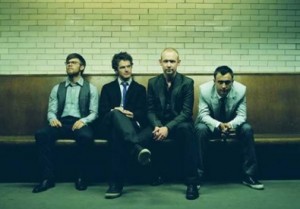 Joseph King and Isaac Slade, members of Denver band The Fray, aren’t faring well in their efforts to sue their former manager, Greg Latterman, over a five-year-old copyright contract. The suit, in a Denver U.S. District Court, claims the band “would not have been deprived of valuable assets and income that should rightly be theirs” had Latterman’s company not engaged in “fraud” by failing to disclose that his company obtained rights to a healthy percentage of the band’s song ownership when a publishing agreement was signed.

U.S. Magistrate Boyd Boland has agreed to consider a counterclaim, which states that The Fray’s lawyer, J. Reid Hunter of New York, was aware of the publishing agreement, but failed to inform the band, according to  The Associated Press. Latterman also alleges the band has failed to honor its contract with him, claiming his company is owed more than $750,000 in commissions and expenses, but the band has instead tried to get out of the deal because they became famous, according to The Denver Post.

The Fray, meanwhile, wants to recover $3 million from Latterman who got the band a deal with EMI.

“The favorable terms in the EMI publishing agreement were due in large part to EMI’s belief that Latterman had a unique ability to recognize and develop musical talent,” Latterman’s attorneys wrote in court records. “Thus, when EMI learned Latterman provided management services to plaintiffs, EMI offered plaintiffs much better terms than EMI otherwise would have offered.”