Many people across the nation continue to look for jobs amid the so-called economic recovery. The unemployment rate is 9.9 percent across the United States, but it’s slightly better in Colorado—eight percent, according to The Denver Post. While the state’s overall labor force grew by 12,300 people in April, the increase wasn’t matched by a jump in the number of jobs available, prompting a 0.1 percent rise in the state unemployment rate.

“The largest employment losses have been in construction, professional and business services, and leisure and hospitality,” says Joseph Winter, a state labor economist.

Construction jobs have fallen amid a downward slide in building permits and developers’ ongoing difficulties in obtaining credit. 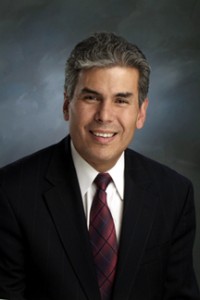 Donald Mares, executive director of the Colorado Department of Labor and Employment, tells the Loveland Connection that the state “is now seeing thousands of formerly discouraged job seekers who had abandoned their job search renewing their efforts. That influx of workers caused the unemployment rate to bump up in April.”

In Northern Colorado’s Larimer County, the jobs picture is a bit better—unemployment fell to 6.5 percent from 6.8 percent a month earlier.

Meanwhile, Colorado’s Unemployment Trust Fund has run out of money, forcing the Colorado Department of Labor to borrow more than $250 million in federal funds to keep paying the unemployed, according to 9News.