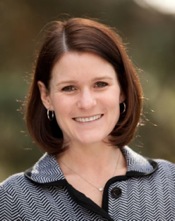 Things are getting crazy in Local Governmentland—namely, Fort Collins, where last month the city clerk approved petition forms attempting to recall City Councilwoman Lisa Poppaw, giving her critics until June 18 to collect 1,086 valid signatures that could oust her.

Her crime? Supporting city environmental efforts, including a Climate Action Plan, according to the Fort Collins Coloradoan.

The paper’s own editorial board has called the recall effort “harassment,” as Poppaw is inexplicably singled out for legislation that other council members also supported. In May, the paper wrote: “The statement of recall filed to justify asking voters to remove Poppaw reads like some one-world government conspiracy theory out of the 1960s.”

But that hasn’t stopped residents like Stacy Lynne, whose letter to the newspaper accuses Poppaw of supporting an international organization for local governments and the Climate Action Plan of supposedly destroying business. For instance, Lynne writes, the plan “includes goals of eliminating personal-vehicle travel. Six vehicle spaces were removed for on-street bicycle parking. This costs surrounding businesses $1,800,000 annually.”

While that figure certainly deserves scrutiny, Lynne sums up the crux of the recall effort against the councilwoman: “Poppaw’s allegiance to foreign organizations and foreign goals is costing taxpayers millions of dollars and is a violation of her sworn oath to honor the Constitution.”

While other residents praise Poppaw, as well as her fiscal responsibility, in more letters to the newspaper, Poppaw herself is on the defense. Her website includes a plea for campaign donations. She writes: “I’m proud of my record protecting essential services, protecting our environment, and making sure our taxpayer dollars are spent in a fiscally responsible way—with accountability and transparency.”