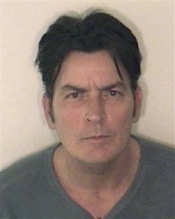 It seems clear that actor Charlie Sheen will serve some time in jail for his Christmas-morning argument with his wife in Aspen.

With the range being anywhere between 17 days and a month, it is unclear how long Sheen will be behind bars. But if a judge accepts a plea agreement later today, the Two and a Half Men star will spend the next month as a theater intern who returns to jail at night, reports CNN.

“We’ve often been in a position of helping people fulfill their community service, but he would be our highest profile intern,” she says.

The theater’s summer plays include The Wonderettes, Same Time Next Year, and The True Story of the 3 Little Pigs!—a musical that follows the fate of the Big Bad Wolf, according to TMZ, which notes that Sheen could begin serving his jail sentence as early as tonight.