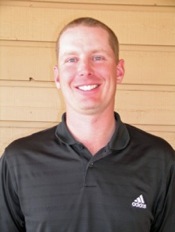 Most of us hope our lives will play out in a way that will allow us to pursue our passions without sacrificing everything else. Too often, though, reality sets in, and we settle for a good-paying job.

Not Jason Preeo, a golf instructor for MetaGolf Center at Broken Tee Golf Course in Englewood and a boys golf coach at Valor Christian High School in Highlands Ranch.

As The Denver Post writes, Preeo played well enough during a local qualifier to make the cut for the U.S. Open later this week, getting one more chance to fulfill his lifelong dream of playing with the game’s best and making a name for himself.

He’s tried to make it as a golf pro in the past. But after spending 20-25 weeks a year sleeping in motels across the country, while his wife was expecting the couple’s first child, he decided he had to let it all go. Until now.

“It’s a huge opportunity; there are so many things that could happen,” Preeo says. “If you have a good week, a top 15 or whatever it is, you might get into another tour event, you get into the British Open. There are just a lot of doors that could open.”

Preeo admits it’s just as likely that he won’t come anywhere close to making the cut: “You could not play as well as you’d like, and then it was just another golf tournament and you’re back to work the next week…I’m just a little fish swimming in a pretty big pond. We’ll see what the current is like in the water and go from there.”