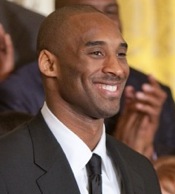 There’s been some debate of late over who is the best player in the  National Basketball Association: brand-new Miami Heat player LeBron James or the Los Angeles Lakers’ Kobe Bryant?

When the legendary Michael Jordan was asked at a basketball camp, he said “Kobe” (via the Los Angeles Times). But for many, a question mark has long hovered over Bryant’s head: What really happened in the summer of 2003, when he was arrested in Eagle, Colorado, after a 19-year-old hotel employee alleged Bryant raped her?

Bryant admitted to a sexual encounter but denied any assault, and the case was dropped when the woman declined to testify. She later filed a civil suit that was settled for an undisclosed amount.

Now, the judge on the case, W. Terry Ruckriegle, is talking publicly. He says the Colorado court system mistakenly released the name of the woman through electronic records, despite his orders to protect her identity, reports the Summit Daily News. One day before jury selection was to occur, the case was dropped.

“I was extremely disappointed in the outcome,” says Ruckriegle, who is retiring in August. “We were absolutely ready to go to trial.”

The judge adds that he felt the “process should have been followed through” and that it was a case of “justice abandoned.”