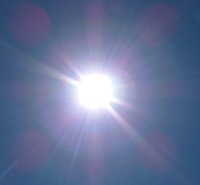 During his weekly national address over the weekend, President Barack Obama announced two Colorado-based companies have been awarded nearly $2 billion in federal loan guarantees to help spur solar-energy growth. The move, on the heels of a report showing job creation will be slower than expected, is one of many government-backed initiatives meant to help speed up economic recovery by creating hundreds of jobs, according to The New York Times. The infusion of cash includes a $400 million loan guarantee to Longmont-based Abound Solar Inc., a company that seeks to boost production of thin-film solar panels, which will require hiring 1,500 workers in Colorado and Indiana, points out The Denver Post. In Longmont, the company will hire 300 people to double the workforce there and triple manufacturing capacity, says Mark Chen, Abound director of marketing. A $1.45 billion loan guarantee has also been made to Denver-based Abengoa Solar Inc., a part of Abengoa SA company in Spain, for construction of a large solar plant in Arizona.