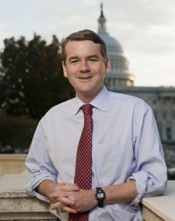 For a young student, being hired for an internship with a U.S. senator’s office is almost always a career booster. Messing it up isn’t.

And that’s apparently what happened in Michael Bennet’s office when an unpaid, 22-year-old intern was dismissed after telling an acquaintance that a meeting with Bennet (pictured), a Democrat running for re-election, could be organized for $2,400 (via The Associated Press).

That’s an ethical no-no for the Bennet campaign, which claims the intern crossed a “very serious line.”

“While extensive support from eager volunteers are the backbone of successful campaigns, it’s not always easy to instill the importance of following the letter of a campaign’s rules and philosophy,” says Bennet spokesman Trevor Kincaid.

The e-mail was sent from intern Jeffrey Garofano’s account and claims that in exchange for the money, a person who wanted to tell Bennet of an idea about a fuel-standards bill would receive an hour-long meeting with the U.S. senator. Garofano is a senior at Middlebury College in Vermont.

The Wall Street Journal, which broke the story, points out that solicitations for campaign cash aren’t a violation of law. The law is only violated if an elected official promises formal action in exchange for a contribution, says an attorney quoted by the newspaper.

“This is an example of extremely bad staff training,” says Brett Kappel, a campaign-finance attorney with the firm Arent Fox LLP.