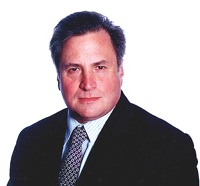 The Western Conservative Summit will bring a range of familiar names to the Marriott in Lone Tree this week—from columnist Michelle Malkin to former Congressman Tom Tancredo.

The aim is to provide the “intellectual ammunition” to challenge President Barack Obama’s policies, writes The Denver Post. As Andrews tells the newspaper, the goal is to discuss ways to “restore liberty and limited government, and renew America’s moral core.” Dick Morris (pictured), a former top adviser to President Bill Clinton who has become critical of Democratic policies, will also speak.

Meanwhile, national Republican Party chairman Michael Steele is expected to make an appearance in Colorado today, despite being drubbed for characterizing combat in Afghanistan as a “war of Obama’s choosing” and canceling an appearance in Aspen. Though Colorado Republican Party chairman Dick Wadhams thinks the remarks were unfortunate and disagrees with them, he says, “we’re always pleased to have the national chairman in Colorado” (via Westword).