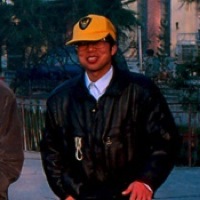 Xue Feng, a 44-year-old American geologist who completed work for IHS Energy, a consulting company in Colorado, has received an outpouring of support from U.S. officials and some human-rights advocates after being sentenced to eight years in prison for violating a state-secrets law.

Xue, a naturalized U.S. citizen, was detained in 2007 after signing a purchase contract on behalf of IHS for a database on China’s oil industry, according to The New York Times.

Xue had already spent more than two-and-a-half years in jail as his case lingered before his sentencing in Beijing yesterday, which has dismayed the U.S. officials who’ve been fighting hard on Xue’s behalf. Jon Huntsman, the U.S. ambassador to China, has been calling for Xue’s release since he complained of being tortured in jail, with burning cigarettes pushed into his arms.

Xue apparently argued in court that the information he gathered is data the oil sectors in other countries would make public, but Chinese officials say it is a threat to China’s national security. Foreign ministry spokesman Qin Gang disagrees that the case will scare foreign firms from doing business with China.

“Do you think we should release him without charge and then others will say China’s system is fair and transparent?” he says. “The judicial authorities are the ones to comment on this, but I want to tell you that during the trial, the legal rights of the defendant were fully guaranteed.”