Ladies and gentlemen of Denver and beyond, we are here to report that the state of beer in Colorado is strong! In fact, there’s never been a better time to be a beer drinker in the Centennial State—and, if current trends hold, things are only going to get better for the hop heads and the malt mavens among us. (Think: better quality, more diversity, and continuing experimentation.) Consider the numbers: In metro Denver alone, there are more than 20 craft breweries and brewpubs. Add in craft-brewing hot spots like Fort Collins, Lyons, Longmont, Boulder, and Colorado Springs, and it’s clear the Front Range has become the Napa Valley of beer. (Portland, eat your heart out!) This month (the 16th–18th), the 29th Great American Beer Festival descends on our fair city and will offer amazing (and some not-so-amazing) brews from around the world to sample. We decided, a year ago, to do our part to highlight our great state’s contributions to the craft-beer movement and taste just about every commercially distributed beer in Colorado. Yes, we had some late nights and some rough mornings, and we endured the wrath of our jealous colleagues. In the end, we found the very best brews being made here right now—and feel fortunate to be part of this craft-brewing renaissance. Enjoy. 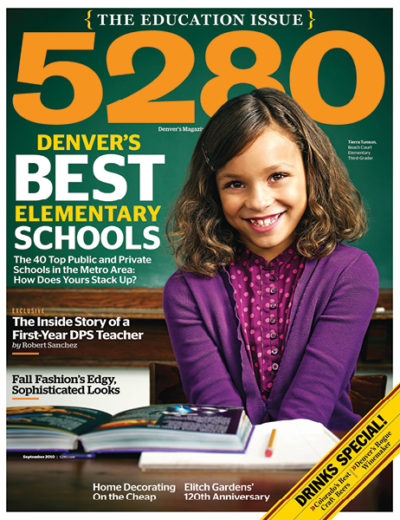 Light in flavor and color; lagers are fermented at lower temperatures than ales, which creates a crisp, clean flavor.

Made with malted wheat (or sometimes unmalted wheat), as well as malted barley.

With more than 450 breweries, 50,000 people, and 36,000 gallons of beer, the Great American Beer Festival can be intimidating. Here, expert tips for navigating the thirsty throngs.

High ABV (6.5 percent or higher) and massive quantities of hops, which make it bitter.

Ales, beers brewed with quick fermentation, whose names refer simply to the color of the beer.

Light on hops, these ales are malty, often a little sweet, and sometimes have a smoky flavor.

Odell, how do we love thee? Let us count the ways. First, simple math: A stunning half of our six very favorite beers in “The 5280 Sixer” are brewed by Odell. Second, the diversity of the brewery’s portfolio: Four Odell beers made our list, including a hoppy-as-hell IPA, a creamy and silky porter, a full-bodied red ale, and a very fine amber.

Many breweries can put out one great beer; few breweries can handle four. And, finally, we simply love Odell’s laid-back, Fort Collins vibe: Sure, it’s nearly doubled the size of the plant in the last year, but it’s managed to increase quantity without letting quality go down the drain. We lift our pint glass to you, Odell. Cheers. Keep up the good work.

A malty, chocolaty brew that was once extremely popular with working-class Brits.

A Brief History of Craft Brewing in Colorado

Slightly more full-bodied than porter; Guinness is the world’s most famous stout.

If we put together the perfect mix-six, here’s what it’d look like.