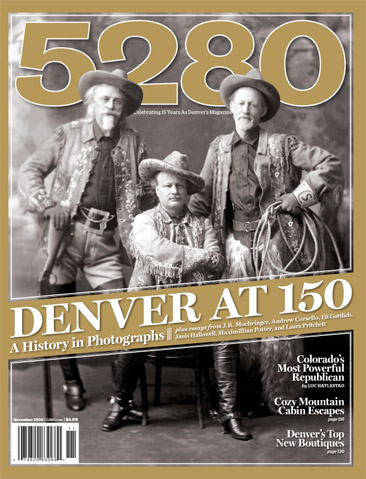 Esteemed in some circles and loathed in others, Dick Wadhams keeps the political scene buzzing with bold, often controversial statements and lasting messages, prompting some to refer to him as the “next Karl Rove.” Our list of memorable moments, including commercials from recent campaigns, provides a glimpse into the strategies of Colorado’s most high-profile Republican operative.

October 10, 2002
“I’m proud of the fact that I’m a forceful advocate of the candidates I support. [Democrats] perfected this for 20 years before Republicans started fighting back.”
—From The Denver Post

November 6, 2002
“Are you kidding me? Another story about me? But I’m not the story.”
—From the Rocky Mountain News

Video: “Blocking Machine Tom Daschle”
In 2004, Wadhams managed the congressional campaign of South Dakota Republican John Thune against U.S. House Minority Leader Tom Daschle, a Democrat, in one of the most closely watched races that year. Thune unseated Daschle in a major upset to the Democratic Party.

Video: The “macaca moment”
In August 2006, Wadhams was managing the heated congressional campaign of Virginia Republican George Allen, when Allen made national headlines for using a racial slur to refer to a supporter of his opponent, Jim Webb. Allen lost the traditionally conservative state to Webb, helping to create a significant midterm shake-up in Congress. Here’s the original video that captured Allen’s name-calling.

August 19, 2006
“It is very clear that the news media created what they call a ‘feeding frenzy.’…Never in modern times has a statewide officeholder and candidate been so vilified in a desperate attempt to revive a campaign that was fast-sinking—the Webb campaign.”
—Memo from Wadhams to GOP leaders, eight days after George Allen’s “macaca moment.”

Video: “Independent Thinking”
Jon Caldara of the locally based Independence Institute interviews Wadhams about the state of the Republican Party in Colorado and nationally after the 2006 midterm elections.

June 25, 2007
“[Democrats’] view that the West is suddenly competitive after being some type of Republican juggernaut is wrong. The West has always been competitive.”
—From Montana’s The Standard State Bureau

August 10, 2007
“Michael Huttner is nothing but a sleazeball who has engaged in character assassination for years.”
—From The Denver Post, about the executive director of the left-leaning ProgressNowAction, a Denver-based 501(c) organization critical of Republican candidates.

Video: Taking on a “Boulder liberal”
Wadhams has most recently managed the campaign of former Colorado Congressman Bob Schaffer in his bid for U.S. Senate against Democratic Congressman Mark Udall. The Schaffer camp pervasively labels Udall a “Boulder liberal,” much as the Wadhams-led Senate campaign for Colorado Senator Wayne Allard identified Democrat Tom Strickland a “lawyer-lobbyist” in 2002.

July 22, 2008
“The ‘next Karl Rove’ stories are just a joke. There really is only one. He truly is brilliant, and one of the best-read people I’ve ever known. I like to read, but he puts me to shame in terms of the pure volume. What he’s accomplished is just incomparable, so I don’t fashion myself anywhere close to that. I don’t think [Rove] shaped Bush at all, but he helped him communicate what he stood for. The notion that any political consultant or campaign manager can shape a candidate…I’ve never believed in it. I suppose you could come up with an example, but by and large it doesn’t work, especially not in Colorado. Voters see through this stuff. We can’t re-create somebody, but we can take someone’s strengths and project them in an effective way.”
—From an interview with 5280 Senior Editor Luc Hatlestad

August 1, 2008
“He’s not going to get away with it. We’re going to shove a bunch of 30-second ads up his ass on this issue over the course of the campaign. This guy was fundraising in Colorado and missing votes. That is reprehensible.”
—From the Rocky Mountain News, after Representative Mark Udall missed a vote that would have extended a congressional session to debate an energy bill.

October 11, 2008
“I think those are legitimate insights into who Senator Obama is. I do not think it is irrelevant to this election.”
—From The New York Times, on Barack Obama’s alleged connections to former Weatherman Underground radical William Ayers and the Reverend Jeremiah A. Wright Jr.

October 14, 2008
“It’s leading me to question the professionalism of Quinnipiac University.”
—From The Denver Post, after Quinnipiac released a poll stating that Representative Mark Udall had increased his lead over Wadhams’ candidate, Republican Bob Schaffer, to 14 points.