This article was a finalist for the 2011 City and Regional Magazine Award in the photography category.

Top: An F-16 banks away from the KC-135’s refueling boom after a successful training exercise over terrain near La Veta, Colorado. Middle: Patrick Plonski, an airman with the 171st Air Refueling Wing, Pennsylvania Air National Guard, operates the tanker’s boom. Bottom: Very few people ever see the cockpit of a KC-135 tanker—the aircraft charged with refueling the Guard’s F-16s midflight. Fighter pilots from Buckley have to fly their planes from Colorado to the Middle East, meaning there’s little time for pit stops at the gas station. Instead, while in flight, the jets guzzle fuel through a refueling boom, an umbilical cord-like system that funnels gas into their tanks. Tankers from many different units across the country—this one flies out of Pennsylvania—visit Buckley regularly to provide training on midflight refueling. 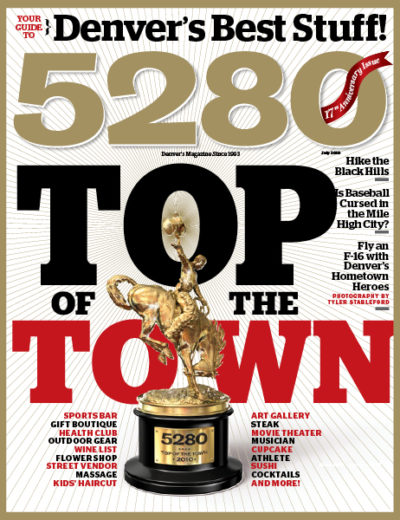 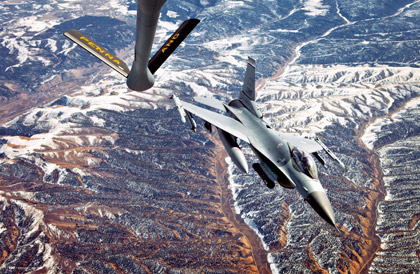 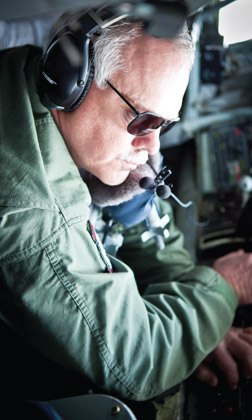 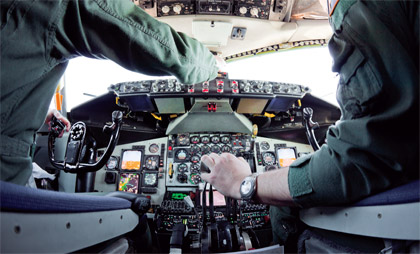 Top: Major Paul Feichtinger and Major Marc “Kidd” Garceau are both “traditional guardsmen,” which means they also have full-time employment beyond their duties at Buckley. Like Feichtinger, Garceau flies commercially for Southwest Airlines. Bottom: Captain TenEyck “Thor” LaTourrette gives a preflight briefing for a training mission at the 120th Fighter Squadron’s operations desk. Training missions attempt to replicate operations the fighter pilots will execute on active duty in Iraq and Afghanistan. Colorado Air National Guard pilots provide air-to-ground and close air support in these areas of military operations. Although they typically fly high enough to avoid surface-to-air missiles, these missions are anything but safe. 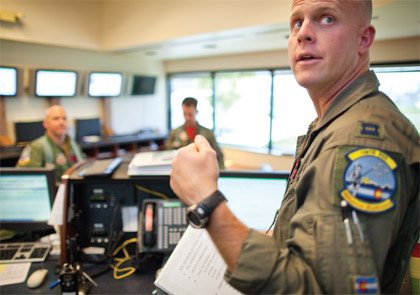 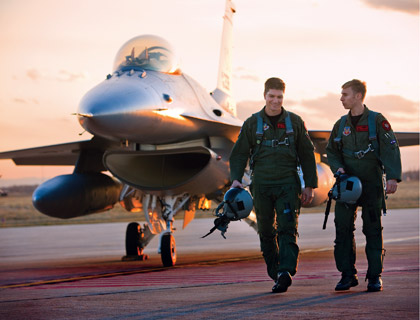 Top: Major Paul “Fido” Feichtinger looks out from the canopy of his F-16 fighter jet at Buckley Air Force Base in Aurora. Feichtinger flew active duty for the United States Air Force for 12 years before settling down into a part-time job with the Colorado Air National Guard four years ago. Middle: As a pilot in the Guard’s 120th Fighter Squadron, Feichtinger is often assigned to 90-day tours in the Middle East, which take him away from his wife of seven years, Julie, and their daughter Lauren. Bottom: Feichtinger also flies commercially for Southwest Airlines. He often has to change out of his flight suit into his Southwest uniform, and drive directly from Buckley to Denver International Airport. Opening spread: From the back seat of an F-16, piloted by Captain TenEyck “Thor” LaTourrette, photographer Tyler Stableford captures four fighter jets flying in formation over Pikes Peak. 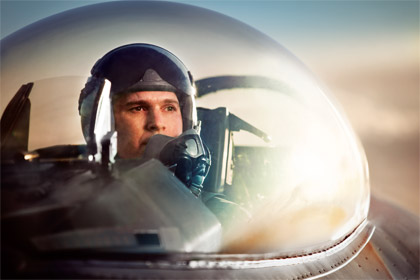 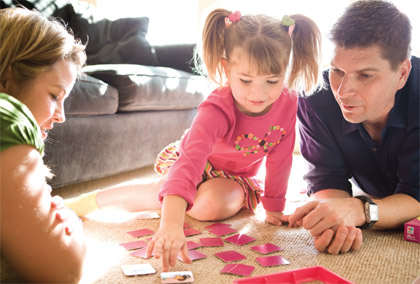 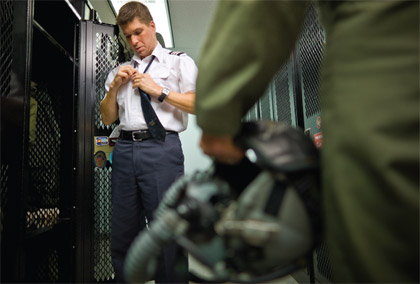 Top: Both Staff Sergeant Joseph Imeraj (foreground) and Technical Sergeant Daniel Bateman (background) disembarked right into the arms of loved ones. Middle: On July 23, 2009, more than 250 airmen returned from a 60-day tour in Iraq and were met by more than 500 people at Buckley Air Force Base. Bottom: Staff Sergeant Scott Chambers returned to more than a welcome-home kiss from his wife, Jennifer Chambers. Their daughter, Jovan Brooklen Chambers, was born while he was away. 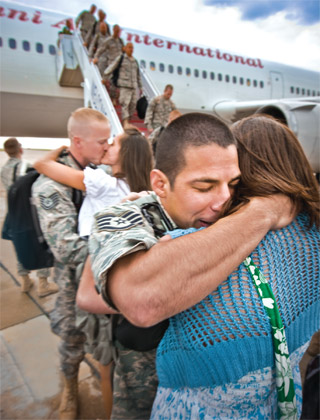 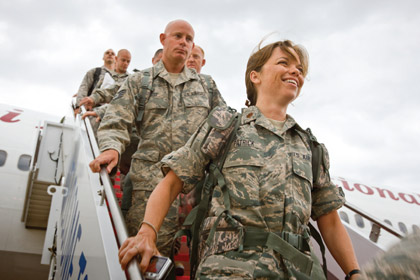 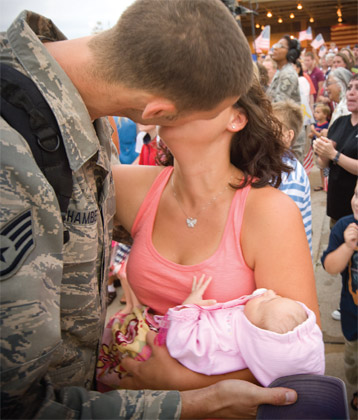 Top: The Colorado Air National Guard fighter pilots are among the world’s best aviators. They are trained for dangerous missions, skilled in dogfighting, and ready to serve at any time. Yet they are not above taking a little time to fly less critical missions: These pilots often man the stadium flyovers you’ll see on the Fourth of July. Bottom: The “Mile High Militia”—a moniker emblazoned across each of the 120th’s F-16s—also protects Colorado. At any given time, fighter pilots and maintainers from Buckley are on alert to run homeland defense missions. If issues arise on a commercial plane, for example, NORAD can direct Buckley to scramble jets to defend U.S. citizens and other potential targets. 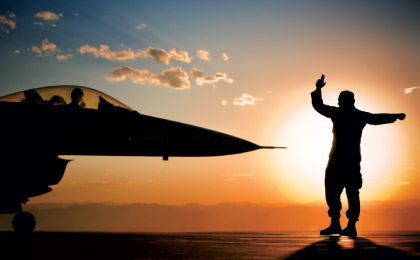