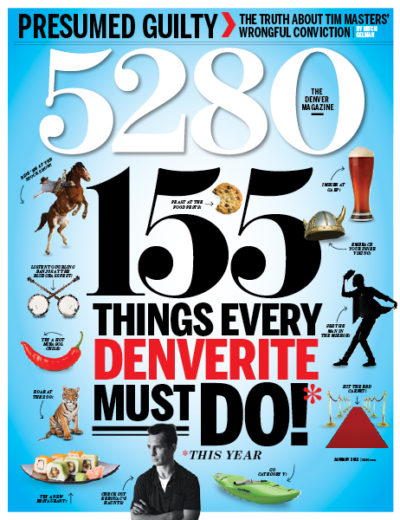 Danielle Hendricks always loved to dance. She started at four years old (“mostly for the costumes”) and continued through high school, supplementing her dancing with gymnastics, cheerleading, running—any activity that pushed her physical limits. Never tabbed as a prodigy, she thought her performing days were over by college, but she loved dance enough to major in it, along with kinesiology, at the University of Colorado Boulder. After graduation she wanted to become a physical therapist, but unwilling to pile up grad school debt, Hendricks started taking Pilates classes. She eventually moved into teaching, and she’s now been an instructor for eight years at Pilates Aligned in Denver.

Hendricks says she was drawn to the field because of how it preventively treats injuries by zeroing in on root causes of physical problems rather than just addressing the spot that hurts. And immersion into Pilates even had unexpected benefits for her first love. “Teachers told me that practicing Pilates would improve my dancing,” she says. “I felt like I was understanding my body better, but I didn’t know how much until I’d been doing Pilates almost every day for a couple years.”

How much better? Hendricks is now a professional dancer with local troupes Frequent Flyers Productions, 3rd Law/Dance Theater, and Evolving Doors Dance, and she also performs at Lannie’s Clocktower Cabaret. (Among her specialties is dancing on stilts.) “Most dancers don’t improve after the age of 30,” Hendricks says. “Now I’m 35, so I’ve been devoted to Pilates for a long time, for a lot of reasons.”

Karen Flynn’s path to professional achievement has been more linear. A longtime medical technologist at the University of Colorado Hospital, for the past year-plus Flynn has been in CU’s executive MBA program. Although she’s considered a full-time student, she’s also still a full-time employee, and like many health care–related graduate schools, Flynn’s works well with her employer. “I use vacation time for the eight-day stretch we’re on campus each year, and I fit everything else into my schedule,” Flynn says. “I get a discounted rate for the program and tuition reimbursement, and I can also talk to the hospital’s various departments about issues that come up in class.”

Flynn applied to the school when she realized an advanced degree would enable her to do more rewarding work, such as run her own lab, and her program features students with backgrounds primarily in the medical field. “I realized that if I wanted to continue in health care I needed to round out my resumé more and gain new perspectives outside the lab,” she says, adding that she doesn’t expect to get immediately rewarded with a higher-level position when she graduates this summer. “The degree doesn’t offer a new job in a pretty bow for anyone. Where you really learn is on the job, and this program provides the tools and insight I’ll need to climb the management ladder.”

How two Denverites gave up solid professions to follow their passions—and never looked back.

The toughest sell was his mom. Patrick Crawford was 28, with a physics degree and a secure engineering job operating satellites for Lockheed Martin. And he decided to scrap it all. To brew beer. “She took some convincing,” Crawford says dryly.

A few years later, Mom’s on board. That’s because her son and his business partner have, with the Denver Beer Company, established their own niche in the booming Colorado microbrewing community. “I found a creative outlet home brewing in my apartment,” Crawford says, “and I really got into it and read everything I could about it.” He became certified as a beer competition judge and took a class, NxLevel for Start-Up Entrepreneurs, at the Denver Small Business Development Center, a 12-week program that covered financing, marketing, and running a new company. He eventually partnered with Charlie Berger, a professional brewer, and the Denver Beer Company was born. “I knew I wanted a leadership role in a small business,” Crawford says, “but taking my satellite expertise and starting a company to compete with Lockheed Martin wasn’t going to happen.”

Brant Jaouen encountered a similar crossroads as he neared 30. He’d been a successful investment analyst for six years but was uninspired. “I realized it wasn’t what I wanted to do for the rest of my life, and if I stuck around much longer it would have become tough to leave financially,” he says. Helped by some savings, Jaouen went back to school—his original bachelor’s was in finance from the College of William & Mary—taking undergraduate biology, chemistry, and physics classes at the University of Colorado Denver with an eye toward medical school. “It wasn’t the natural next step, but it seemed like a logical conclusion because of the intellectual challenge—not just making money, but changing people’s lives,” he says.

Jaouen also sought advice from CU-Denver before diving in. “I needed someone to say this is not completely insane and other people have done this,” he says. “The counselor had advised people who’ve gone down the same road. He told me I’d have doubts, but that everyone in this position feels that way at some point. It’s very comforting even though this seems really hard and kind of ridiculous at times.”

Crawford and Jaouen agree that a strong support network is invaluable. Some of Crawford’s family and friends have invested in his company, which now has 10 employees, and Jaouen credits his wife for helping him stay focused. “The blessing of my wife”—a marketing consultant in Boulder—“and her ability to put up with the craziness has been my key to success,” he says. “People who don’t have that have a much more uphill battle—and people who are doing this with kids are just remarkable human beings.”