Four years ago, Christine Parisi and Bob Young were living in a Curtis Park multistory walk-up anticipating the birth of their first child. The couple loved their inner-city location, but they figured the bachelor-pad layout wasn’t going to work for the long-term. Parisi,
the co-owner of Parisi, the casual Italian restaurant on Tennyson Street, and Young, who works in real estate and investing, scoured the neighborhood for a place with a loftlike feel without a loftlike price.

(They also hoped for space to house guests, a garage, and a small yard.) For months, they couldn’t find anything; then one day, they came across the quintessential fixer-upper at the corner of 28th and Champa streets. Friends had purchased the federally seized drug house at auction and had begun removing the disfiguring layers that obscured the original Victorian details, but they hadn’t gotten very far. It would be an epic reclamation project for Parisi and Young. 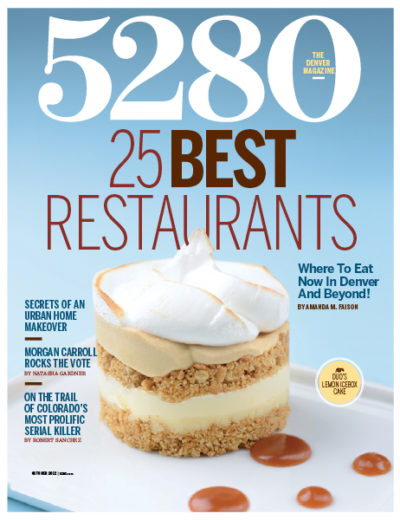 With a fair dose of optimism, creativity, and a spectacular display of nesting, the couple bought the home and embarked on the renovation. They hoped it wouldn’t take more than 10 months. “It was gnarly,” Parisi explains. “Our friends and family would cringe at the sight of it and say, ‘You guys are nuts.’ Even our dog was freaked out.”

The original home had more dignity; it began as a stately single-family residence in 1882. It was converted into a boarding house after Denver’s 1893 economic depression, and Volunteers of America operated the Brandon Guest Home for homeless women and children there in the early 1930s. The ensuing years brought fewer legitimate guests: The couple’s discovery of profane graffiti and parole officers’ phone numbers scrawled across decaying plaster walls suggested the home sheltered something of a motley crew. As Young dug into the site (acting as his own general contractor), he uncovered a stash of guns, beer cans, medicine bottles, and 1920s pornography. There was much to hold up progress, including crumbling walls, no-show subcontractors—and a baby who had no intention of waiting for paint to dry.

To expedite the process, Parisi and Young hired Sprocket Design-Build to give form to their vision. It was Young’s resourcefulness, however, that turned the firm’s sketches into reality. Sprocket architect Matt McHugh describes Young as the “ultimate do-it-yourselfer—not many people could pull off what he did.” By the time the couple’s son, Zander, was born in April 2008, the design was complete but the house was still under construction. (The couple now has an 18-month-old daughter, Leila, as well.)

When the renovation was finally complete, the house had been transformed. The first floor has a kitchen “command center” along with a powder room, pantry, and mudroom, the latter of which links the old house to a new garage and guest suite. Steel columns, which were slipped through gaping holes in the roof, reinforce the existing structure, and support the third-floor penthouse and rooftop patio addition. The home’s second floor now houses a serene master suite with a spa-style shower and tub, along with two smaller bedrooms, kids’ baths, and free-form play space. The once-cramped basement cavity sports an exercise room and dance studio.

Considering its turbulent history, the finished home, with its extraordinary blend of minimalism and richness, is surprisingly tranquil both inside and out. The exposed, time-mottled red-brick walls serve as a reminder of the structure’s past, while the modernist interventions—including the kitchen, lighting, soft-hued furniture, and industrial-inspired details—leave no confusion about where the old ends and the new begins. The design and construction is executed so elegantly that it’s doubtful visitors would even sense the home’s storied past; instead, it’s likely they’ll simply sidle up to the butcher-block island to see what magic Parisi is cooking up in the kitchen. 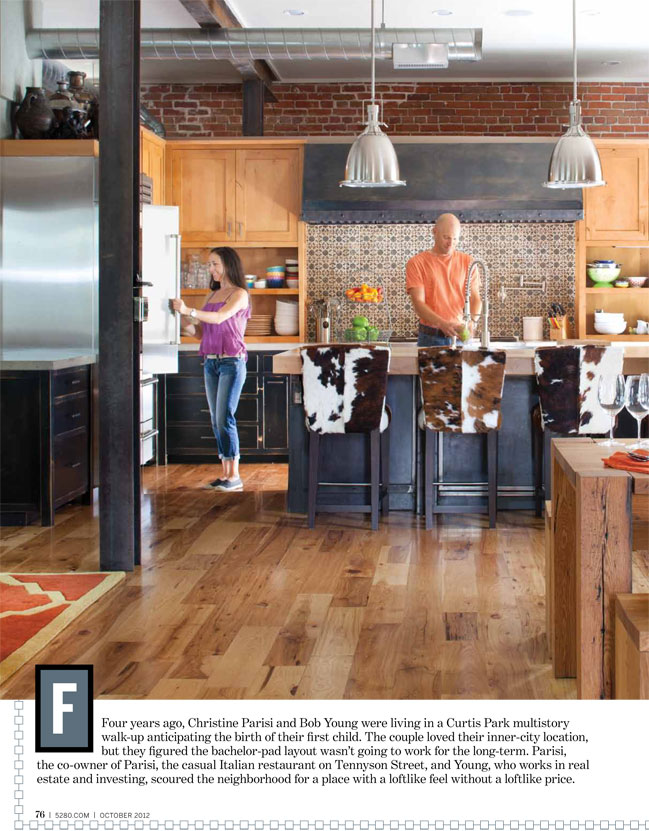 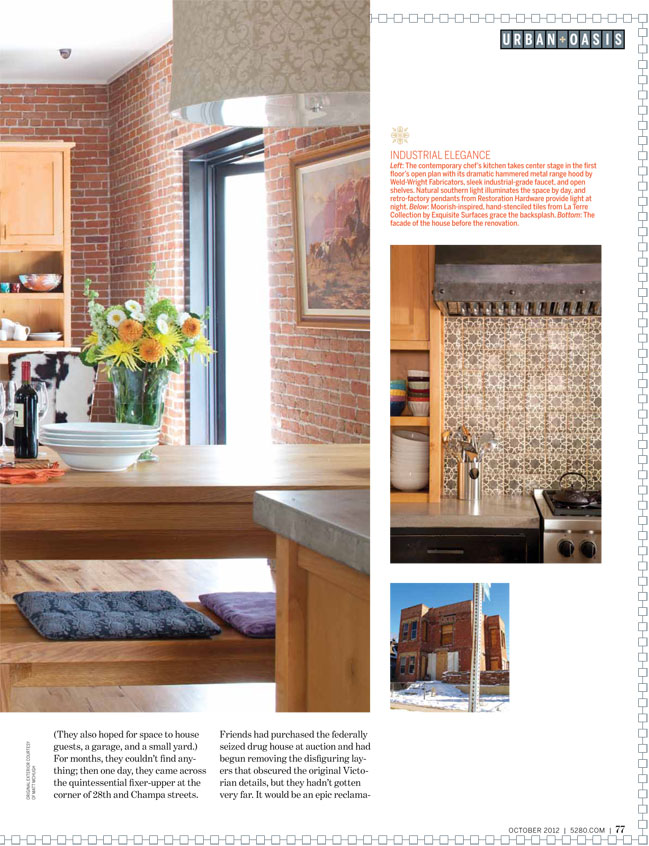 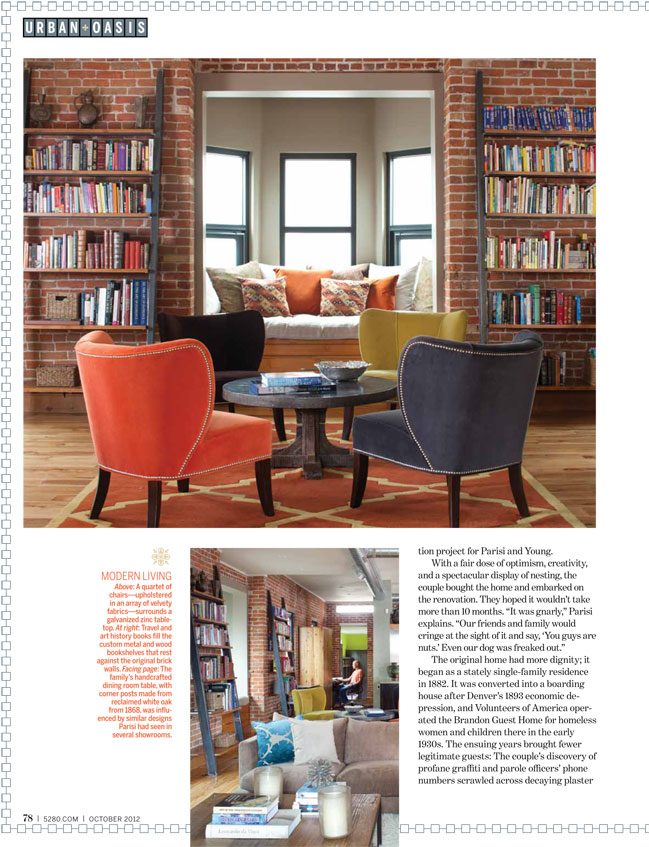 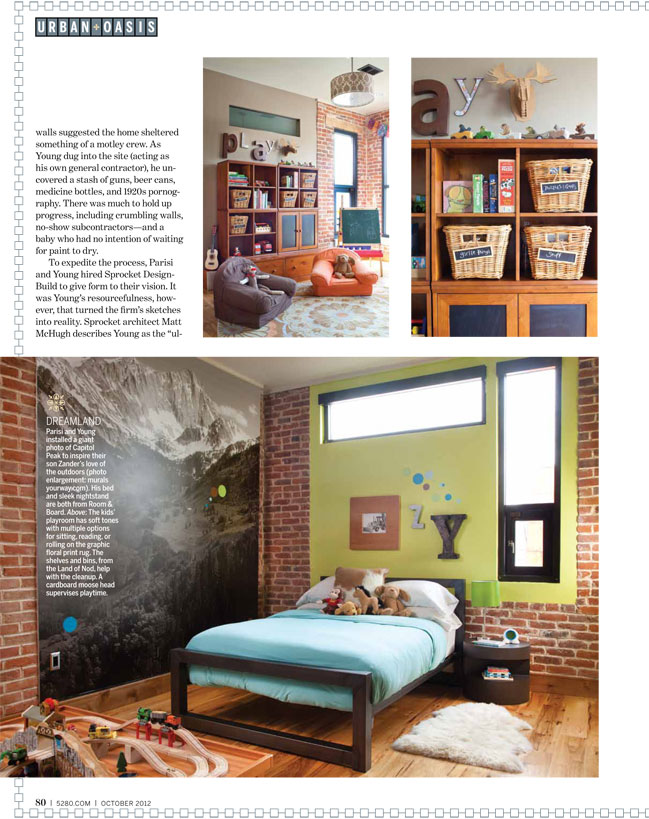 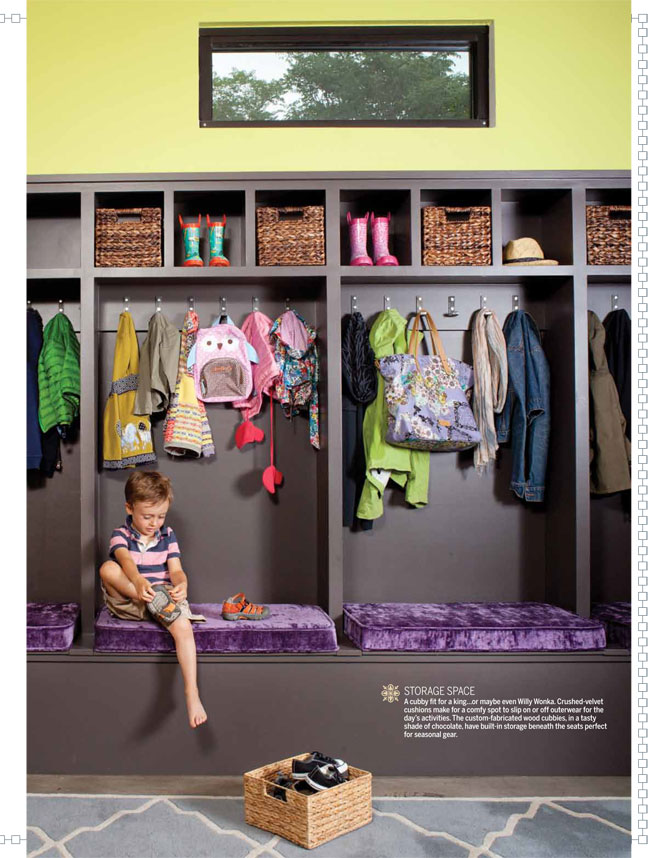 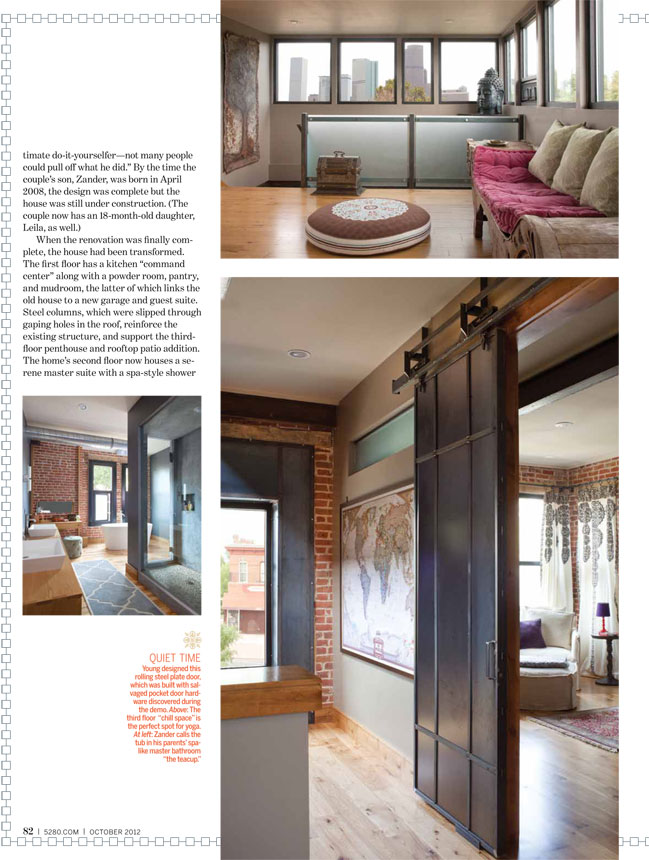 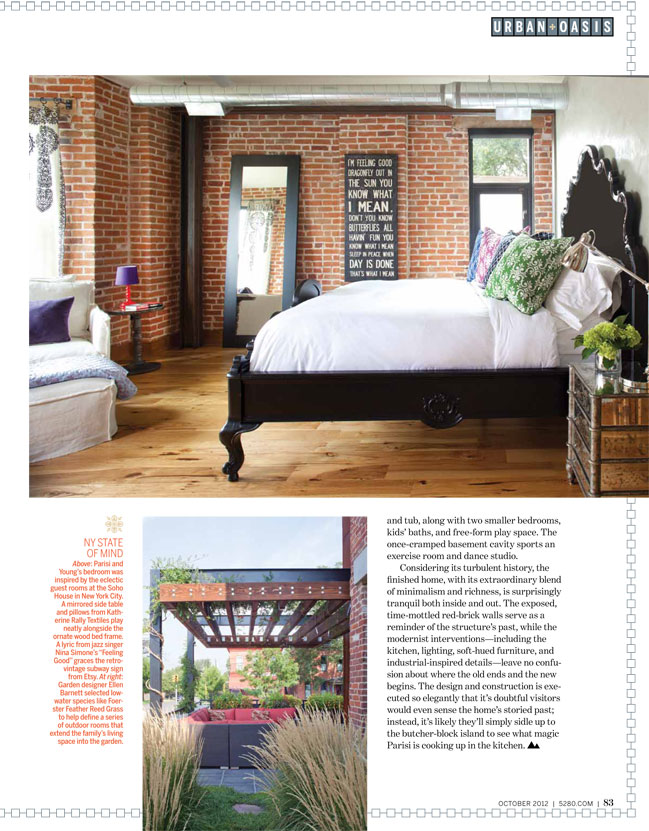