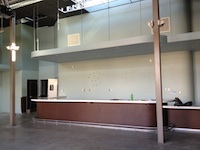 Frank Bonanno is at it again. He’s adding yet another restaurant to an empire that already includes Mizuna, Luca d’Italia, Osteria Marco, Bones, Russell’s Smokehouse, Green Russell, Wednesday’s Pie, and Lou’s Food Bar. But Bonanno Brothers Pizzeria, as the concept will be called, is Bonanno’s first eatery outside of Denver proper. 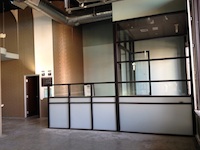 The pizzeria (the menu of which looks a lot like Osteria Marco’s) is going into the space once occupied by the Counter in the Vistas at Park Meadows. Sandwiched between the high-grossing Yard House and Brio, the eatery will seat nearly 100 diners inside and another 50 on the patio. There will be a salumi station (also à la Osteria Marco), a wood-fired oven, and an open kitchen. The decor will channel the Art-Deco Santa Maria Novella train station in Florence, Italy, with broad-striped tile floors, frosted windows overhead, and murals on the walls. 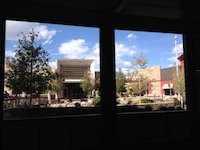 Executive chef David Lindberg, who worked on Luca d’Italia’s pasta station for two years before moving to Seattle, is back to head up the kitchen. He’s already stationed at Osteria Marco training on the pizza oven.

The pizzeria came to fruition when Osteria Marco lost out on a bid to open in Denver International Airport (that opportunity went to Root Down). But one of the investors in the DIA project later approached Bonanno to talk about partnering on a suburban eatery. Bonanno Brothers Pizzeria is slated to open mid- to late-November.