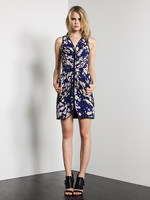 Back in April, I introduced you to up-and-comer Emily Koplar and her new line, Wai Ming. Koplar quickly attracted a local following with her feminine, polished dresses. But the gifted designer is equally comfortable creating a range of items, from a sleek pencil skirt to a three-in-one top with removable peplum and zip-off sleeves. While in town last week to show her Fall 2012 and Spring 2013 collections, I sat down with Koplar to chat about the challenges facing young designers.

5280: Is it difficult producing a collection in the United States?

EK: Everything is made in the Garment District in New York. Right now, my quantities are not thousands of units, so it doesn’t make sense for me to go overseas. Plus, it’s a relatively new line and I can keep my eye on it. Communication is a lot better. If I’m not in New York, I can have a production guy run a check on it, take pictures, and send me information. Since I’m based in St. Louis, I can hop on a plane to New York; I’m there at least one week a month. It just makes things easier. I also like to support fashion craft in New York because it’s kind of dwindling out. That being said, there are a lot more people coming back. I’ve noticed each season, when I visit the factories, there are more and more contemporary lines bringing at least some of their production back into the United States. 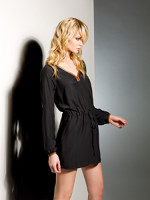 Is it hard to find manufacturers when you use a lot of intricate, hand-sewn techniques, many of which are becoming a dying art form?

Yes, like this dress with pin tucking from last spring—all the tucking was the bane of my existence! Although I eventually found someone in New York to do it, a lot of people don’t do this kind of handwork anymore—even in Asia. I tried some of my old resources in Thailand and China, and they were like, “Oh no, we don’t know anyone who does that anymore.”

One thing I’ve noticed about your work is that it all has really nice, simple shapes. Sometimes clothing can get too tricky…. 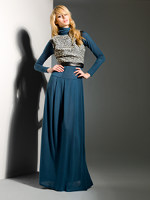 Looking at your Fall 2012 and Spring 2013 collections, your versatility as a designer really comes through.

That’s kind of what I’m going for. I’m always traveling, especially for work—whether it’s an inspiration trip or going to New York for production—and I want clothing that I can wear in a lot of different ways because I don’t want to have to pack too much. And I want the pieces to stay in my wardrobe for a while.

So that’s why you avoid being too season specific, so you can rotate items through your closet for longer?

Exactly. People like to wear things a lot of different ways throughout the year, and that’s one of the things I think about. 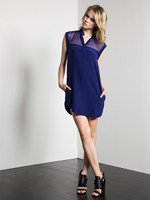 After working for other, well-known brands (Ralph Lauren, Vivienne Tam), it sounds like you really enjoy designing your own line.

Definitely! When it’s your own aesthetic and your own customer you envision, it’s a totally different experience than working for someone else.