Now that Colorado has made it legal to regulate marijuana like alcohol—thanks to the surprisingly easy passage of Amendment 64 in November (Washington state also passed a similar referendum)—one big question remains: How? Local and state officials are already working with the federal government to determine how the law might be implemented before Coloradans can safely start to toke. But putting the law into action may require the state to secure an exception from national regulations that still prohibit marijuana use, and the guidelines beg for more clarity in terms of who can grow and distribute the plant, as well as where and how weed can be bought. Perhaps the powers that be will finally discuss reassigning marijuana into a more benign class of drugs—many argue that it belongs alongside substances such as Xanax or Valium—which could make the federal-state debate moot. What’s certain is that all eyes are on Colorado as the state takes on a pioneering role in ending decades of misguided reefer madness. 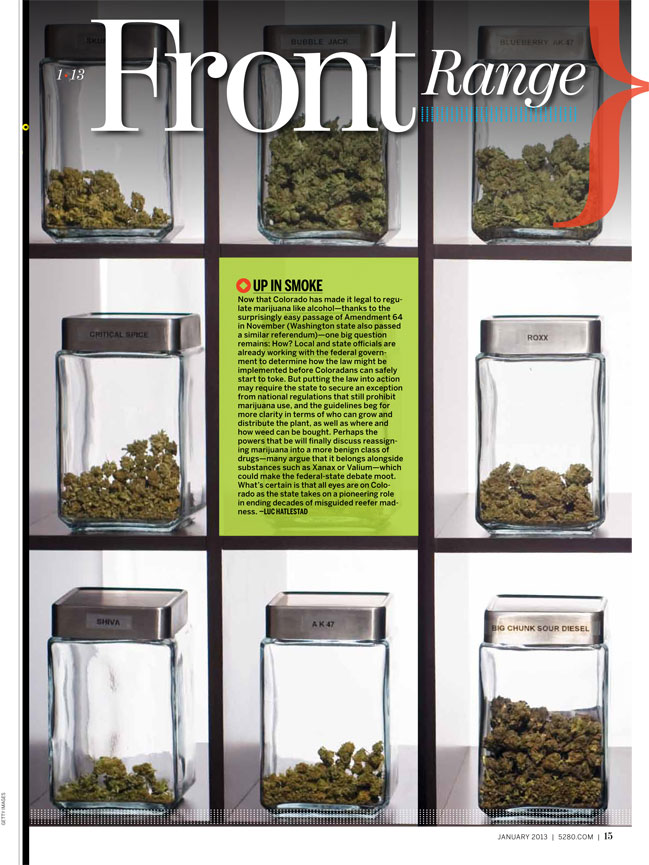