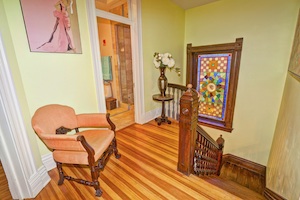 Whether you’re a history buff, a parent looking for more space in a foot-friendly part of the city, or a professional hoping to see clients in your home, you’ll want to take more than an admiring glance at this lovingly restored true Victorian at the corner of 32nd Avenue and Osceola Street in Highlands Square.

Built in 1886, the three-story house has retained much of its original character—pocket doors, stained glass, two wood-burning fireplaces—while undergoing a complete cosmetic and functional update. The kitchen has concrete counters and high-end appliances; the finished basement features a walk-in wine cellar; and efficient cooling and heating, a water filtration system, and a three-car garage make the $1.2 million property desirable for modern families. 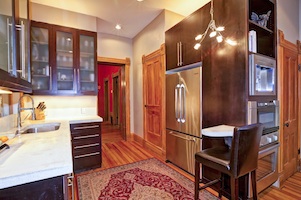 Current owners Randy and Julie Brodsky, who purchased the house in 2006, oversaw most of the restoration. Julie, an architect and president of the Denver-based Parallel Design Group, made “very impressive improvements while respecting the original character of the home,” says Nostalgic Homes owner and broker Jenny Apel. “She has an incredible eye for detail. It’s been a labor of love.”

In addition to its highly sought-after location—on a large, elevated corner lot, the house boasts mountain and city views and seems to preside over the hip restaurants and boutiques dotting 32nd Avenue—Apel says the mixed use zoning of the area could be a selling point. A doctor or lawyer, for example, could base their practice out of the house while living there with their family. 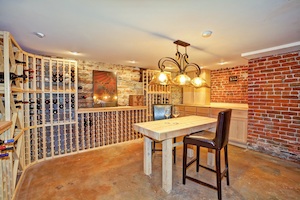 Whatever the future of 3825 West 32nd Avenue holds, Apel says its rich history makes it “unrealistic” that it would ever be scraped. The home’s original owner, W.F.R. Mills, became the 31st mayor of Denver. And its longest resident (1900 to 1951) was the trailblazing physician Mary Ford, who shared her home and practice with Dr. Helene Byington and often treated those who could not afford medical care. “She had a real heart for her community before that was a popular concept,” Apel says. “She’d fit in today in the neighborhood, no doubt.”