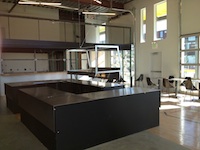 When Bob Blair, the owner of Fuel Cafe, announced he was opening a sandwich counter, Denver food lovers were giddy with excitement. After all, five years ago, when Fuel first opened, the menu’s foundation was exquisite sandwiches and creative soups. Since then, Fuel has evolved into a full-blown restaurant (not a bad thing, since it has landed on our 25 Best Restaurants list three years running). Lunch at the original space has become wildly popular (there are 400-some employees now working in the TAXI district each day) and the restaurant pulls in a wide demographic: those who want a quick meal, diners who want to linger over a glass of wine, and business folk who schedule working lunches. 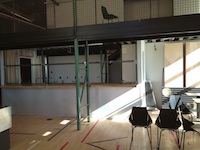 Refuel, as the soon-to-open sandwich counter is named, is designed to take some pressure off of Fuel. It is located across the parking lot in TAXI’s new Drive building. It will also offer a more affordable mid-day option: $7 to $9 sandwiches, instead of $12 to $15 plates. The 11 finely tuned sandwich options include Blair’s playfully named odes to the Reuben (called the Anna Selos), the Cubano (“Castro”), the Italian (“Wish It Was Il Mondo Vecchio“), and the banh mi (“Lieutenant Dan”). There will also be two daily soups (one of which will also be served at Fuel), a side du jour, and a small breakfast menu of sandwiches and made-to-order burritos.

With roughly 10 counter stools and an array of outdoor and indoor seating (plus a mezzanine that can be used for overflow or scheduled meetings), Refuel promises to be another hit. Blair says the lunchette should open late February or early March.

Bonus: Refuel will share a common space (inset, left) with Boxcar Coffee. The Boulder darling (which may open as soon as a couple weeks) will serve its trademark coffee along with pastries from Fuel pastry chef Justin Hofmann. (On Tuesday, Boxcar also formally signed a lease at the Source, where the company will roast beans and open a coffeeshop.)