The first thing you notice when you walk into the home of Tim Macdonald and Jodi Blomberg is the whirl of twigs and branches that gracefully hangs over the kitchen island. When Macdonald, an attorney, and Blomberg, a mathematician, bought their Seventh Avenue Historic District house—a circa-1895 Queen Anne/Tudor hybrid—they had distinct ideas for the remodel. He envisioned an open floor plan with abundant daylight and a seamless connection to the outdoors. She, a little more specific, wanted a modern kitchen with cobalt blue cabinets and a bird nest, of some kind, somewhere in the house. (She was inspired by childhood memories of playing in her family’s apple orchard in Minnesota—and also by a nestlike structure she’d once seen in Dwell magazine.)

The couple, both marathon runners and avid cyclists, bought the fixer-upper after doing countless laps through the city looking for a light-filled house with ample bedrooms (they were then expecting their second child). “What we left,” explains Macdonald, “had a scary basement, no garage, and only one bathroom upstairs for the whole clan.” This house was in a great neighborhood and had lots of potential.
They hired architect Reed Stilwell, principal of Studio TBD, and Tom Gruber, of Gruber Home Remodeling, to articulate their vision. By asking the couple to track the family’s daily routine for a week, Stilwell derived two important design directives: The kitchen needed to be at the center of the home, and the massive fireplace that bisected the house had to go. Further, the sunken living room (an addition from the ’80s) had to be raised to enhance the flow from the front of the house to the back.

More from our Spring 2013 Issue

These design strategies provided the framework for a series of connected “living” rooms that now radiate out from the newly constructed kitchen. A south-facing, folding glass door that runs parallel to the 15-foot kitchen island provides sunlight and access to the yard. The fireplace removal freed up enough square footage on the second floor for a modern master bathroom, walk-in closet, and laundry space. Their girls—Fiona, 5, and Violet, 2—secured their own brightly painted rooms under the eaves, while baby number three (due this spring) will take over what is now Blomberg’s craft room.

Sean Hughes, interior designer with Mandil Inc., was enlisted to blend the home’s historic details with the couple’s love for “bold and gutsy” color and texture. “They are kind of fearless,” says Hughes of their vibrant palette that starts with the entryway’s graphic Cole & Son wallpaper. The dialogue between modern and traditional continues with a lime green Beckett sofa featuring contemporary lines and classic tufting. “We wanted to be respectful of the old house,” he adds, “and use the best of what was there to create a good home for them.” Hughes also commissioned Denver artist John Cunningham to custom-build the nest for over the island.

“I didn’t think it would affect our lives, having a better thought-out house,” Macdonald says, “but I am amazed almost daily at how well the house works for us and how we use every part of it.” 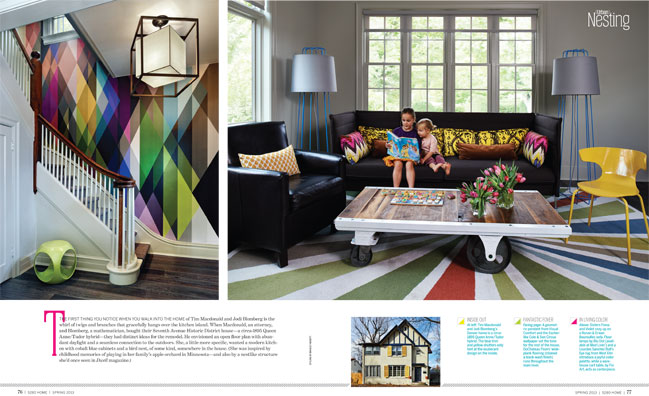 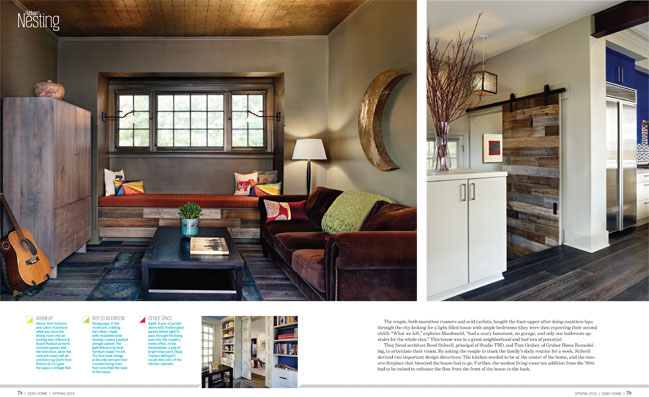 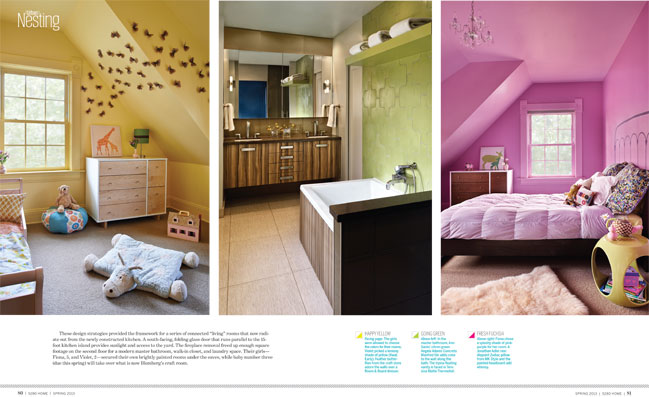 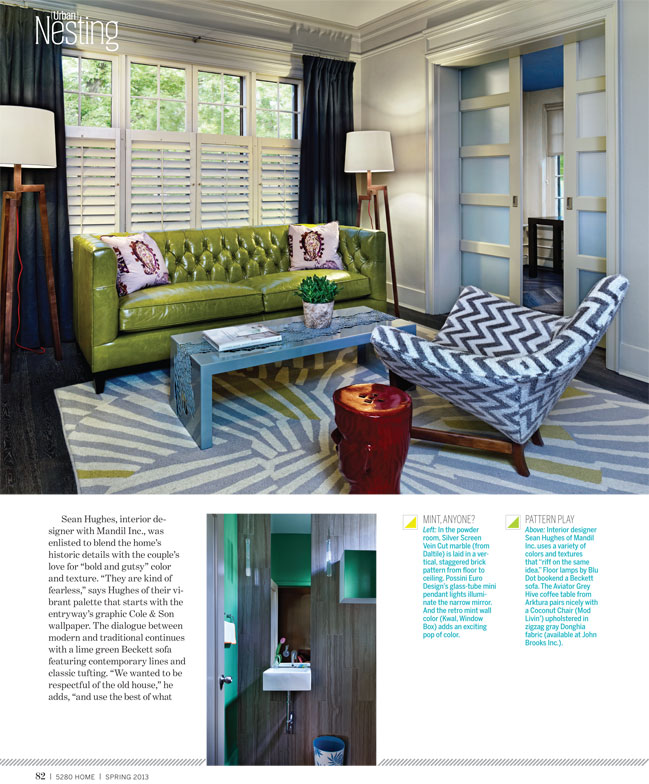 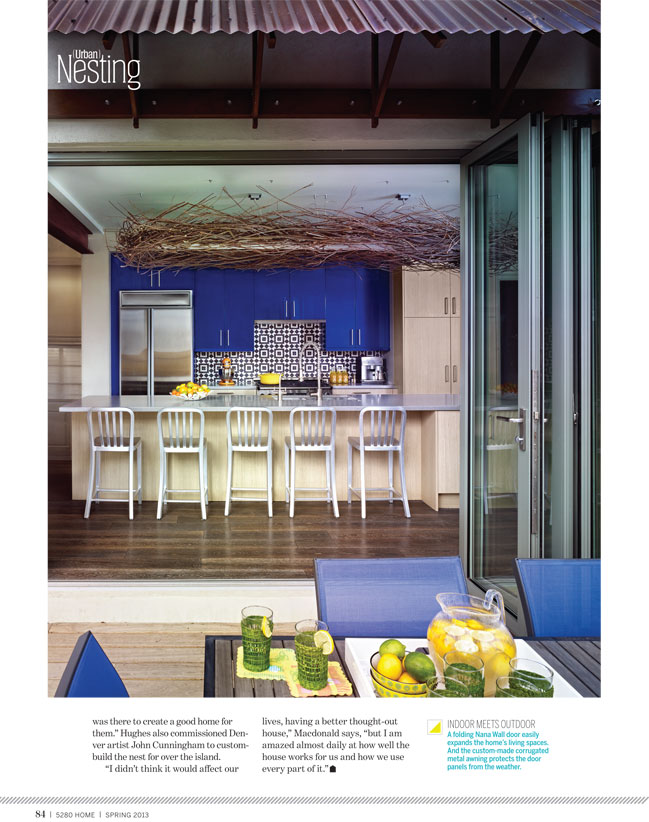