As a vegetarian frustrated by the lack of flavorful, on-the-go protein options, Justin Gold used to spend hours holed up in his kitchen, grinding raw peanuts into homemade peanut butter with a food processor. He would add ingredients such as blueberries, honey, or maple syrup in an attempt to create something tastier than grocery-store peanut butter. The extra ingredients caught on, and what began as a personal mission to snack well ultimately became something much larger: a multimillion-dollar company. Five years ago, Gold landed a national distribution deal for his Justin’s Nut Butter, and today business is booming. In fact, in 2012, the company was named the second fastest growing company in Boulder County. “It’s been a total roller coaster,” Gold says. “But I’m very proud of where we’re at.” 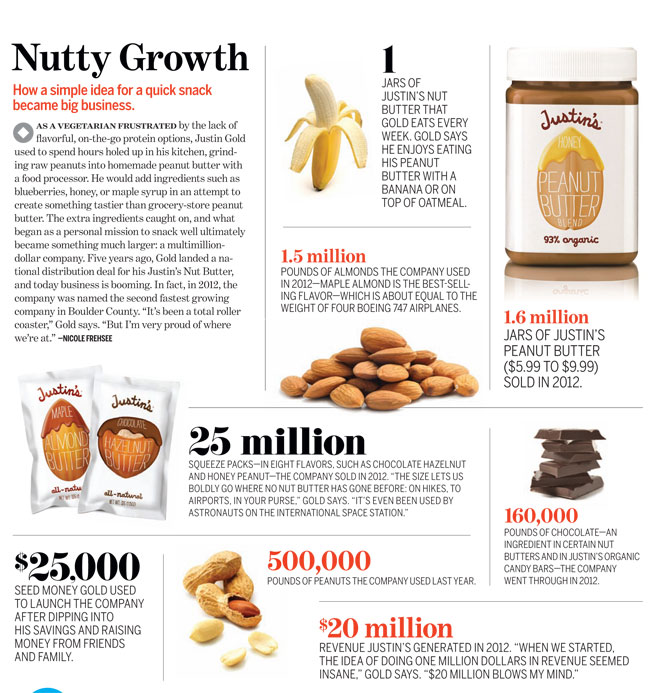