A year ago, fellow tequila lovers and former co-workers Lance Sokol and Laurence Spiewak acted on a longtime dream: They formed a Boulder-based tequila importing company, brought on master distiller Pedro Hernandez Barba, who was born and raised in Atotonilco el Alto, Mexico, and began studying the nuances of fermented blue Weber agave (aka tequila).

Their first batch of blanco (a tequila that’s aged a minimum of two months) yielded a smooth and mellow spirit that spoke of the land from which it came. The liquor was, in Sokol and Spiewak’s view, perfect—and it became the master recipe for Suerte’s three tequilas: the aforementioned blanco, a butterscotchy reposado, and a complex añejo with oak notes.

“The whole process has been lucky,” Spiewak says. To commemorate that sense of good fortune, Sokol and Spiewak named their brand “Suerte” (the Spanish word for “luck”) and asked Adam Jackson, a tattoo artist in Tacoma, Washington, to design a logo that conveyed a sense of fortuity. 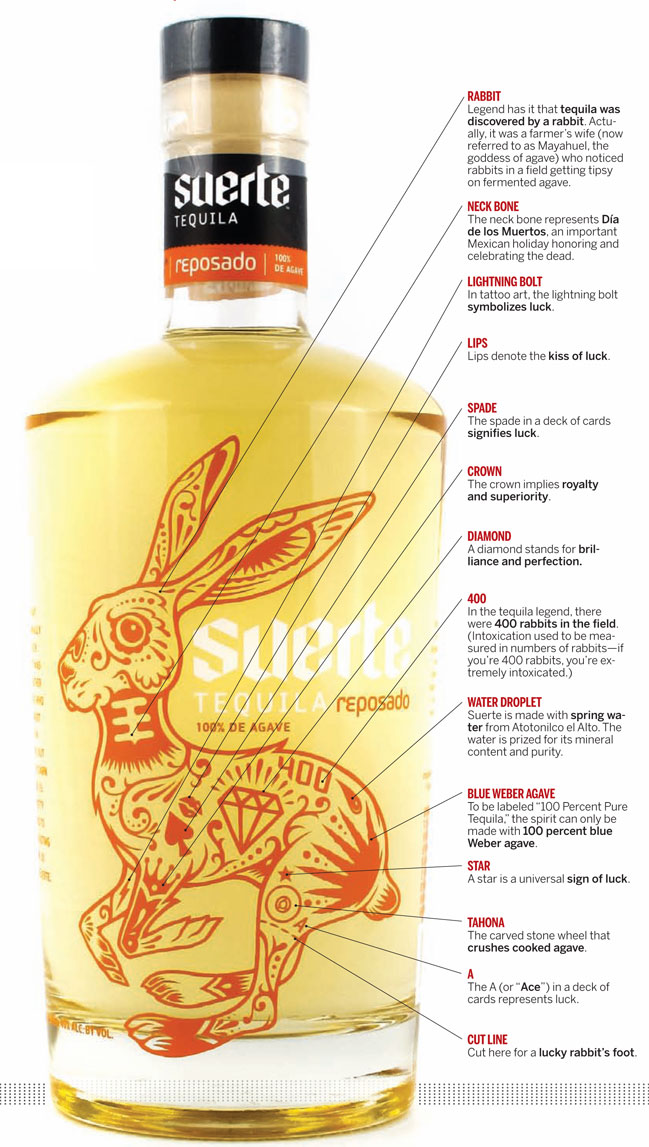