Some homes are so perfect—every inch of trim, every glowing light fixture, every coordinating throw pillow—that it looks as if the design fairy flew in and waved her magic wand. This Cherry Hills home is that kind of place.

Mary Knape and Kelly Zibell of Knape & Zibell Interior Design created the home’s bright, handsome interiors with careful attention to the owners’ wishes: a traditional home that feels crisp and bright, perfect for grown-up gatherings and afternoons with the grandkids. “This isn’t your grandmother’s style,” Zibell says. “It’s traditional, but with an edge. It’s not as serious, even though it’s still gracious.”

To create the home’s look, the designers began by finding fresh, bold prints. The living, dining, and family rooms are in view of each other, so Knape and Zibell used a common palette for all three areas: green (one of the owners’ favorites), chocolate brown, and ivory. “Color is a good, easy way to tie rooms together,” Knape says. The secret is to use varying amounts of each color in each space to make the rooms feel fresh and interesting on their own. In the dining room, the designers played up the chocolate brown walls with a brown-and-white rug in a geometric print, then added contrast with green-and-white floral-print curtains. In the family room, they relied more heavily on whites and ivories, accenting the space with a pair of club chairs in brown velvet and a pair of textural ottomans in a playful leopard print. And the living room feels bright and airy with ivory furnishings (treated to resist stains) and a few touches of green in accessories and fabrics.

The rooms feel complete but not stuffed—a difficult trick to pull off in a home with large, open spaces. So how’d they do it? The duo selected furniture with pretty, tailored silhouettes. “Nothing is fussy,” Knape says. And they skipped superlong couches and hefty chairs in favor of clusters of midsized pieces. “Adding more seats, instead of bigger seats, makes a room feel comfortable for people,” Zibell says.

“You don’t want guests to feel dwarfed by your furniture.” Even in the master bedroom, with a grand four-poster, the designers added a pair of ottomans at the foot of the bed to balance the space.

It’s the little surprises that make the house feel polished and welcoming: the scalloped trim on the sofa skirt in the living room; the whimsical touches of animal print in almost every room; the luxurious quilting in the guest room comforter; the oil paintings from Abend Gallery on the walls. “When you think you’re done, it’s time to play with the details,” Zibell says. “They don’t have to be elaborate, but they should make your home feel special.” Special indeed—as if the design fairy might have visited. 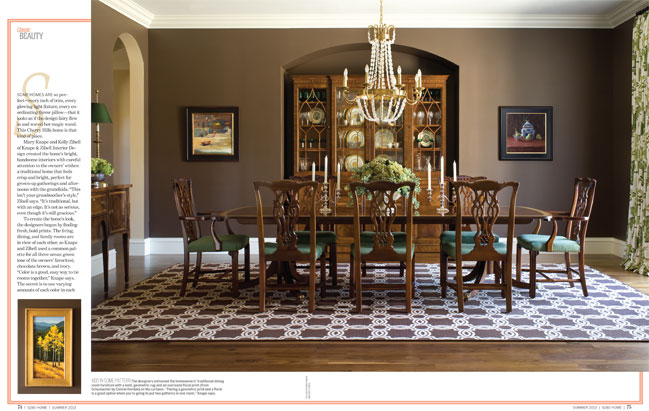 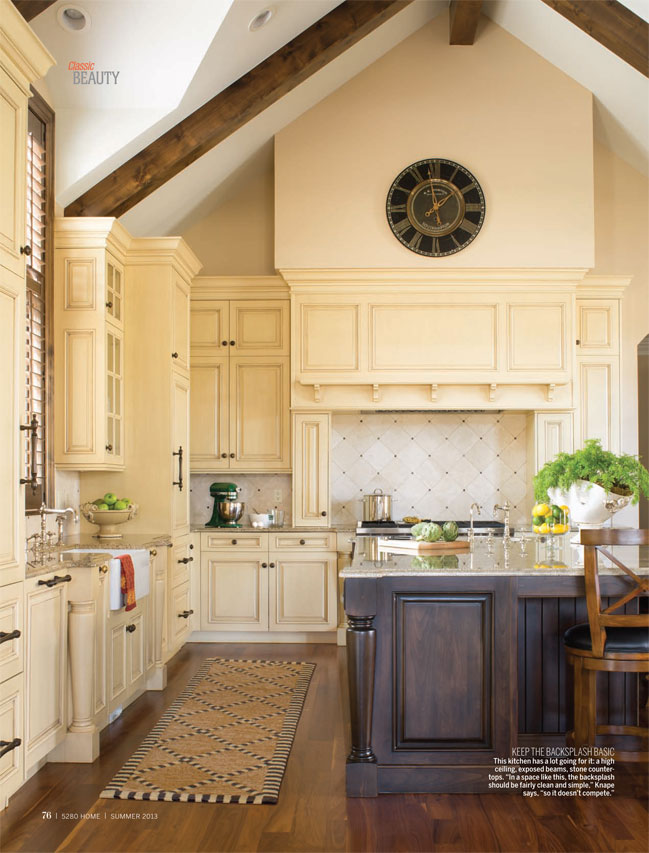 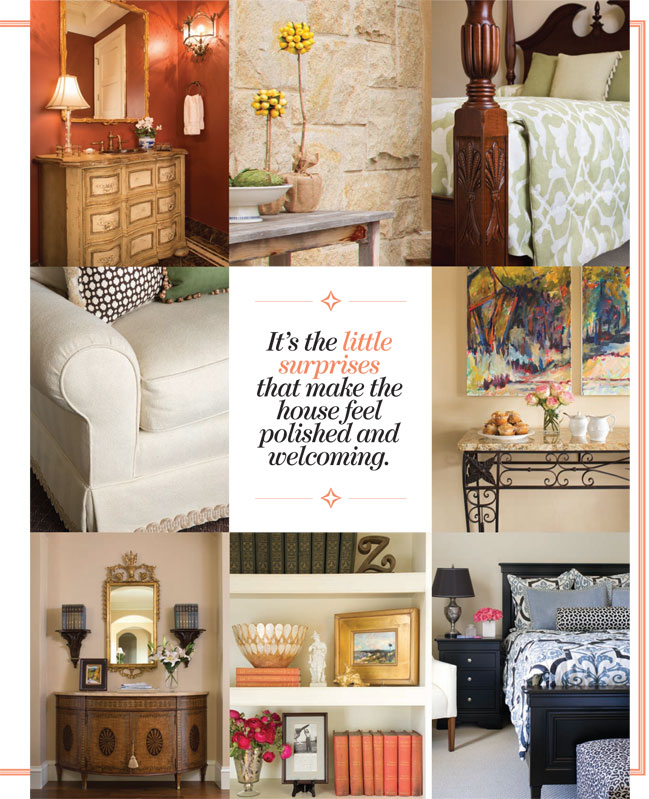 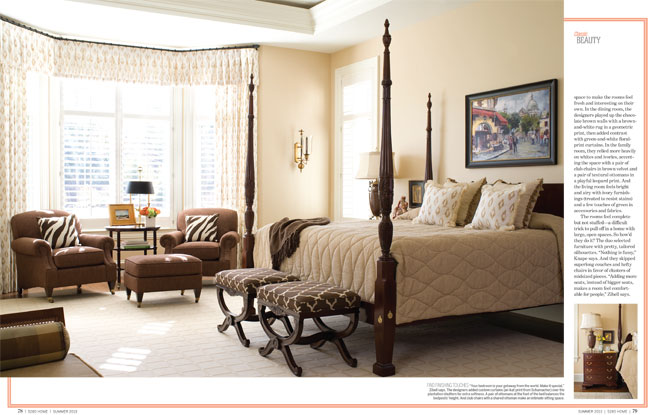 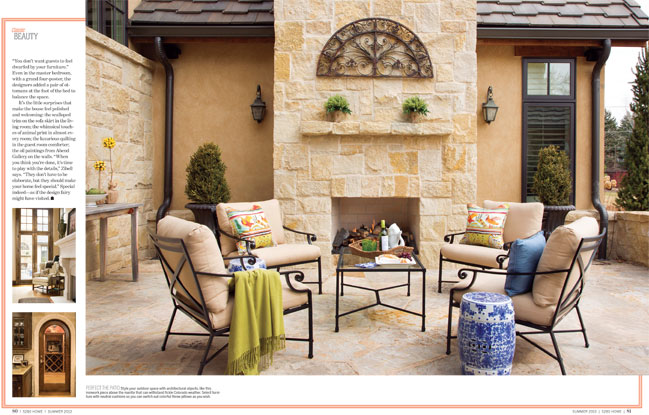