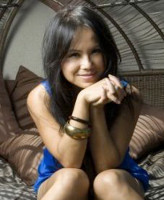 Co-founders and co-artistic directors Tria Xiong (pictured, left) and Maria Cheng (picture, below left) met last year during Vintage Theatre‘s run of The Joy Luck Club. “There was a demand for Asian theater to express our voices in, to tell our stories,” Xiong says. “There is so much talent out there that hasn’t been utilized at most theater companies. We just felt like they were hungry to do something bigger than just a walk-on role.” The nonprofit operates with a board of directors and, for now, a core company of six actors (including Xiong and Cheng).

The first two shows (both one-person plays) are examples of how TEA will be a sounding board not only for Asian Americans but anyone looking to be heard. Dust Storm is a story about Japanese internment during WWII told from the perspective of a young, rebellious boy. Spirit & Sworded Treks was written by Cheng and focuses on one woman’s spiritual journey and how she deals with society’s definitions of what it means to be a woman, specifically a middle-aged Asian-American woman. Tickets are $17 (in advance) or $20 (at the door) for adults. 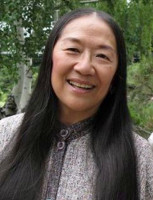 Performances will be held in the smaller theater at Vintage’s Aurora Arts District location. “Of course the dream is to have your own space,” Xiong says, “but that’s down the road.” For now, the team is just looking forward to adding a much-needed avenue for Asian Americans to have a voice—though everyone will relate to the company’s productions. “We’re telling very personal, original stories from playwrights that haven’t been heard of or haven’t been mainstream,” Xiong says. “At the end of the day it’s interesting and compelling theater. Regardless of whether or not you think you can relate, you can.”