Creative ideas don’t always make it further than the proverbial cocktail napkin. Indeed, the recycling bin could have been the fate of more than 39,000 ideas—comic books, dance productions, food trucks, and other projects—that have been realized using Kickstarter, a website that helps artists and innovators raise money for their ideas from fans, friends, and strangers. In return for donating to a venture, these “investors” receive exclusive rewards such as early releases, grand-opening invites, and backstage passes. Since the site’s launch in April 2009, almost 600 Colorado campaigns have been funded to the tune of $7 million—everything from the well-known (Paper Bird’s latest album, Rooms) to the more obscure (Tales of the God-Hand, a graphic novel series). Here, a sampling of those ideas that have successfully earned their launch through virtual generosity. kickstarter.com 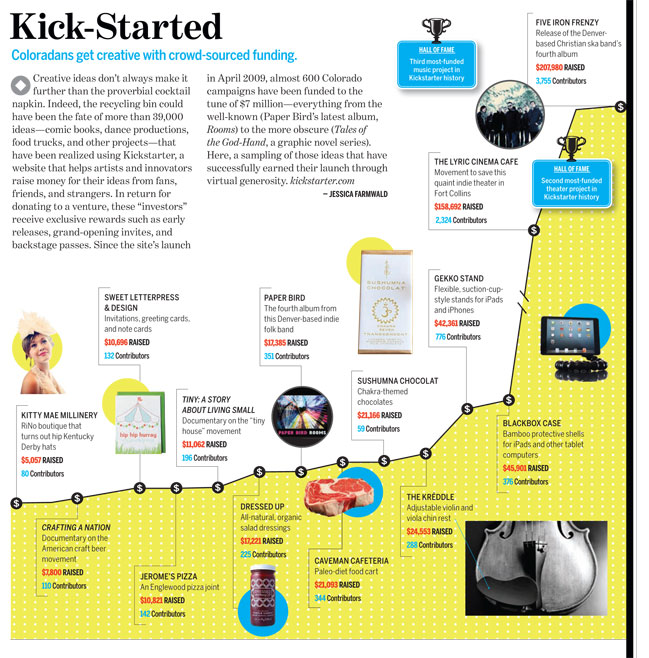