When John Fiorilli became the head brewer at Mountain Sun, it was a homecoming of sorts. Fiorilli had worked as a front-of-the-house manager for the brewpub, but moved back East—he grew up in Delaware—to try out brewing as a full-time gig. Six years later, Mountain Sun hired him back and now he heads up their brewing operations, which are based in Denver. We sat down with him in Uptown, at their Vine Street Pub location to talk about water, yeast strains, and what to do when a beer just doesn’t taste right. 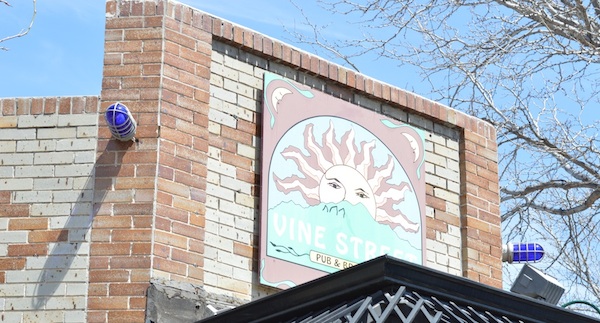 5280: Mountain Sun is an established Boulder brand—it’s been in business since 1993—but you’ve moved brewing operations to Denver. Is it hard to stay true to Mountain Sun’s legacy, but create something new?

Absolutely. It’s tough, especially for me, because I know and am friends with all the former brewers here. They were the guys that got me into beer. They all have their own breweries now from coast to coast, and I stay in close touch.

Some of the things I can tweak to keep it with the times and still be true to it. But, quite honestly, some things you just can’t. Our most recent shift was removing a house beer that we made for 20 years, which was our Quinn’s Golden Ale. It was named after our owner Kevin Daly and his deceased dog, and that was touchy because I loved Quinn. The beer itself was a great beer in 1993. But the style nowadays just wasn’t a style a craft beer drinker is looking for. It’s an American Golden Ale: very straightforward, not very malty, not very hoppy. …We dropped Quinn’s Golden Ale and replaced it with a really nice German Kölsh, which is more crafty.

Our ingredients change frequently. Hops are only grown and harvested once a year, so that’s pretty consistent. But my barley changes every four to six weeks. Trying to keep our beers consistent with a constantly fluctuating product is basically my job. Trying to do justice and keep Colorado Kind Ale drinking it the same way it did in 1993 is always a challenge. …We use the same suppliers, same varieties—the whole nine—but because it’s a raw, agricultural product, there’s always variance.

5280: That seems like some of the same challenges winemakers face.

For winemakers, the grapes are only harvested once a year. They have the advantage of using that vintage. “So, the grapes aren’t that good this year, oh well. We still make wine with it. It’s the 2013 vintage, and it’s less than last year’s vintage.” I don’t have that kind of leeway. My ingredients change every other month, and I can’t say, “Oh that’s March’s batch of Kind Ale. April’s batch is a dollar more because the grain’s better.” I have to make it work.

Sometimes we make the batch of beer and we notice something’s a little bit different. Then we go back and check that nothing microbiological went wrong and try to track it back to an ingredient.

Kind Ale is the best example. Kind Ale, for 20 years straight, only used two kinds of barley. One of the types of barley we had a large lot of last year. The color was similar, but the flavor had totally changed. We brewed Kind Ale with it. Everyone picked up smoky flavors. We did all of our laboratory testing to make sure it wasn’t a yeast issue. All of the other beers that we made with that year demonstrated a smoky flavor. Then we went back again and tested the raw grain by itself. We started picking up some of the smoky flavors in the grain.

Unfortunately, because that beer only uses those two, there was no substitution, a one-to-one that I could do. I pretty much had to change the Kind Ale recipe. …It went from a two-grain beer to now using three different grains. …We think the beer is the same, but the recipe is totally different to make the same thing happen.

Right. I sent the grain back to the supplier and had them check the specs. They assured us that the specs were on point. But you can’t argue with your palate, and with the customer’s palate. The customers were giving us feedback. And the same things that we were detecting, the customers gave identical feedback.

Luckily, we’re able to make changes, and it wasn’t recognizable to most people until we finally hit where we thought it should be again. Now, it’s been like a year, and nobody’s ever brought it up again.

5280: When you moved operations to Denver from Boulder, did the slight change in elevation impact the beer?

A little bit, for sure. The main thing that we really compare is the water sources. …That was one of the biggest things we looked into before we launched this brewery [in Denver]. We knew what our game plan was going to be. The majority of the beers that were brewed at the Southern Sun location and the recipes were going to get scaled up to be brewed here. …We’re using the same grain, the same hops, and the same yeast because they’re all coming from the same supplier. The water is the one difference.

We sent water samples out from all three breweries and had them analyzed. For all the first beers we make, we add minerals to the water to mimic a water profile for whatever beer we’re trying to make. If we’re making an English-style beer, we’re going to try to mimic the water profile of London. If we make German beer, we do the same thing.

5280: It sounds like Mountain Sun is a mash-up: a brewpub and a production facility. Is that unusual?

We have a pretty unique system with three breweries and now four restaurant locations. …Most brewpubs brew only for their individual brewpub location. We brew for our whole entire company. We have our own distribution chain, our own delivery trucks, our own delivery drivers. We keg all of our beer up because we do distribute it amongst ourselves. …We work with compliance agents on this system. They claim we have one of the most unique brewing systems in the country because of what we do and that we can do it legally.

5280: Do you have a favorite ingredient?

My favorite ingredient has always just been yeast. To me, it is the lifeblood of the beer. …I always tell people that I technically don’t make beer, the yeast makes beer. I just make a hoppy, sugary liquid that the yeast can live in.

We, typically, have at least six different yeast strains alive between all three of the breweries. It’s a total advantage we have of having three breweries. Usually, one brewery would have a problem trying to manage that many yeasts. For us, we can move it back and forth between breweries.

5280: So, a yeast could start in Denver, grow up in Boulder, and mature in Denver?

5280: What are you excited to be brewing right now?

Most recently, I’ve been excited by a bunch of the lagers we’ve been doing.

Absolutely. We’ve never really done lagers because they take a considerable amount of time to make. We were never in a position to hold on to a beer that long. We had two breweries trying to supply three restaurants with beer. We were pushed for production—a thirsty audience. So, we did a lot of ales. …With this brewery online, it freed up a lot of capacity at Boulder, which finally gave us the time to do all sorts of lager beers. I think we did two or three last year.

5280: We ask everyone: Do you have a favorite Colorado beer, but not one that you brew?

Avery’s Joe’s Premium Pilsner is one of my favorite beers. Every time I go to Avery, it’s the first beer I get while I decide what else I want to drink.

5280: It is very session-able. Speaking of which, do you think we’ll see more of that trend?

I could make two identical beers and make one 4 percent and one 8 percent. The 8 percent will sell three-to-one over the lower alcohol one. Make it hoppy, make it strong, and it will blow the doors off of this place. I think it’s just the perceived value. Most of our beers are evenly priced. They’re all $4.75. …I would love to put a beer on the tap wall that’s 4 percent. I just think there’s a place for it. And I enjoy drinking it. I don’t always get done with work and want an 8 percent beer.

5280: With 21 taps at Vine Street, you have room for experimentation like that, right?

It’s advantageous for both the brewer and the customer because we can make the beers we specifically want to make. I can make a beer just because I want to make it. …We don’t always have to brew what the customer wants, and the customer doesn’t have to drink only what the brewers want to brew. …Twenty-one taps allows me to have nine staples that are always on tap. Beyond that, there should be something for everybody. 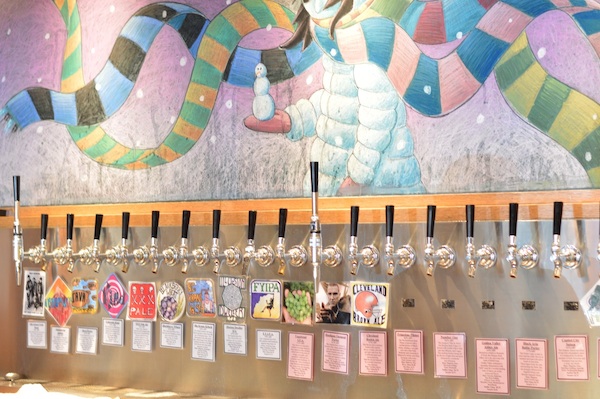