Working at a magazine means regularly overhearing conversations on word choice (as in: is this one word better than that other word when they both mean the same thing?), the best way to crop a particular photo, and which font will most accurately reflect the feel of a story. It’s the latter that has my attention today, as I recently came across two local graphic designers (both born-and-bred Coloradans) who created fonts inspired by our beautiful state.

This one may look familiar. We used designer Evan Huwa’s Ranger in our “Pioneers 2.0” story in the September issue. Currently the senior art director for Kroenke Sports, the Colorado State University grad recently released Ranger version two, with additional numerals and punctuation. “The little spurs that are on the letters, that’s an homage to the ranger industry,” Huwa, 27, says. “I wanted to give a nod to that industry because the parks here are so beautiful and Colorado is such a beautiful state.” If you’re catching a theme here, park rangers were also where Huwa found the name for his font.

Get It: Ranger is currently available on pay-what-you-want site Lost Type Co-op, which is intended as a hub for students and others working on non-commercial projects. For commercial use, contact Huwa directly.

Trivia: Bon Jovi used the font on the band’s most recent album cover. 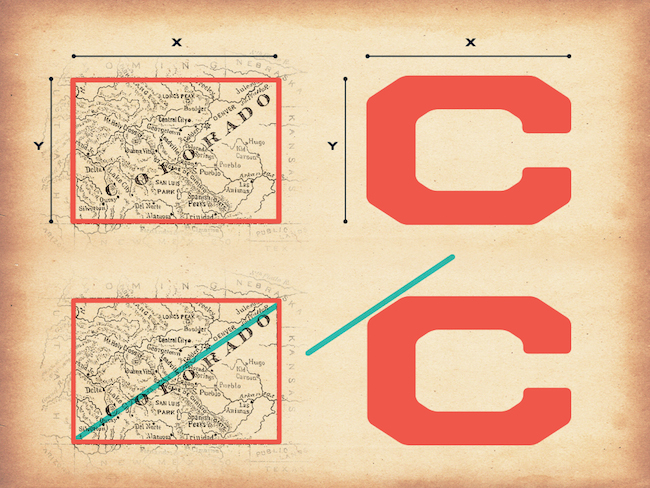 Boulder-based graphic designer Monte Mitchell didn’t have to travel far to find a muse for his Centennial font. “I was really inspired by where I grew up [Grand Junction],” he says. “Within an hour there’s a lot of mining culture. I really liked the way those old fonts looked. And then I brought in the dimensions of the state to create the letter forms.” While he’s still working on flushing out the full range of characters, Mitchell, 26, intends it as a “boutique” font to be used sparingly as a headline, for an artisan project like a T-shirt, or on beer cans.

Get It: Visit Mitchell’s website to download the font; it can be used for almost any project as long as it’s not sold or presented under a different name. Again, it’s a pay-what-you-want method (post a tweet about Centennial through a widget on the website and you can download it for free).

Trivia: Mitchell donates half of all proceeds to needy Colorado classrooms. through donorschoose.org.

—Images courtesy of the designers