What Teri Hedgpeth, archivist for the United States Olympic Committee in Colorado Springs, enjoys most about her job is discovering relics of the past that were believed to be lost forever. She spends her days filling in gaps in Olympic history by either locating misplaced items in the 3,300 square foot archives (from when the USOC relocated from New York in 1978 to its current location at the Olympic Training Center) or unearthing new treasures. She sees the work—which she’s been doing for just over a year—as crucial to the country’s sporting narrative, with pieces dating back as far as the first modern Olympic Games in 1896. “How do you tell future generations what occurred?” Hedgpeth says. “Each artifact, each piece of clothing, each record, each image, captures a snapshot of history, and when you tie them all together, then you’re weaving a story.”

Read “To Russia, With Love,” from our January issue to learn about the Colorado athletes seeking spots on U.S. Olympic Squads.

Click through to see nine of the archives’ rarest pieces.

—All images courtesy of USOC Archives

Tokyo 1940 Olympics Japanese Athletic Federation Badge: The XII Olympiad was canceled due to WWII so objects from it are, understandably, very rare. Last year, a recognized Olympic artifacts appraiser set the estimated value of this badge at more than $6,500. 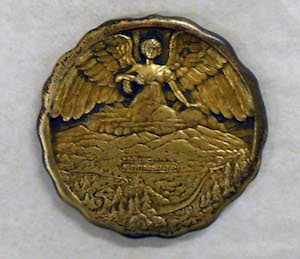 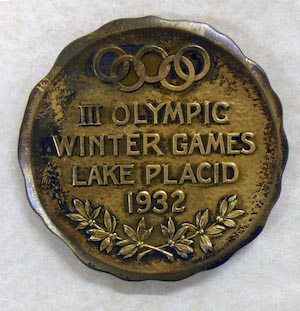 Lake Placid 1932 Gold Medal (minted by the Robbins Co.): The third Winter Olympics were held in Lake Placid, New York—a town of fewer than 3,000 people. Faced with the onerous task of raising money in the midst of the Depression, the president of the organizing committee, Dr. Godfrey Dewey, donated land owned by his family to be used for construction of a bobsled run.

Front: Winged goddess with laurel branch over clouds and a mountain view of the Games site, with a rising sun in the background. 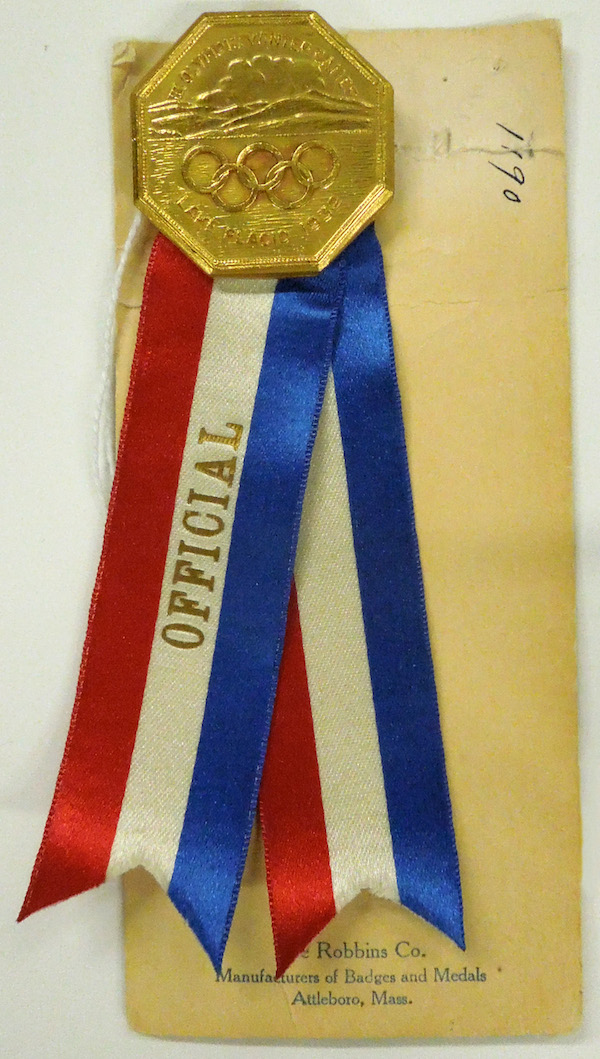 Lake Placid 1932 Official Badge: Created by the Robbins Company, the same organization that made the 1932 Winter Olympic medals, this badge is valued at more than $2,000. (The archive has two in its collection.) The same badge appeared in an Olympic auction catalog for that amount, however, it did not have the ribbon attached, nor was it on the original cardboard.

1920 American Olympic Committee certificate for diver Alice H. Lord: This certificate states that Alice H. Lord was a member of the U.S. Olympic Women’s Swim Team in the Seventh Olympic Games in Antwerp, Belgium. Lord competed in what was then known as the Women’s Plain High, which consisted of four dives—two from the 4-meter and two from the 8-meter platforms. Divers did one running and one standing dive from both platforms to achieve a total score. In 1928, plain high and fancy high diving merged into just highboard or high diving—what we see today.

Amsterdam 1928 Summer Olympics ticket for Ruitersport (Equestrian): For the first time, a symbolic fire was lit during the Olympics, which has become a tradition at the Opening Ceremony ever since. The fire was ignited in a cauldron and then placed at the top of a tower in the stadium.

Tina Noyes’ 1968 Winter Olympics Parade Jacket: This red, military-style Team USA Olympic parade jacket made by Edelweiss was worn with blue pants by two-time Olympic figure skater Tina Noyes during the opening ceremony of the 1968 Winter Olympics in Grenoble, France. In 1961, the entire U.S. Senior Figure Skating Team perished when Sabena Flight 548 crashed on its way to that year’s World Championships. Noyes, the 1963 U.S. Junior National Champion, moved up and competed at the Olympics in 1964 at Innsbruck, Austria, where she placed eighth, and in 1968 in Grenoble, where she just missed out on a medal, finishing fourth. (American Peggy Fleming took gold.) Noyes donated the jacket to the USOC in 2012 upon Hedgpeth’s request.

Torino 2006 Winter Olympic Games Participation/Commemoration Medal: A version of this bronze Torino participation medal—which was found on a shelf wrapped in a plastic grocery bag—was to be given to each athlete, with a slightly different style for officials, but the medals arrived late and the plan was scrapped. 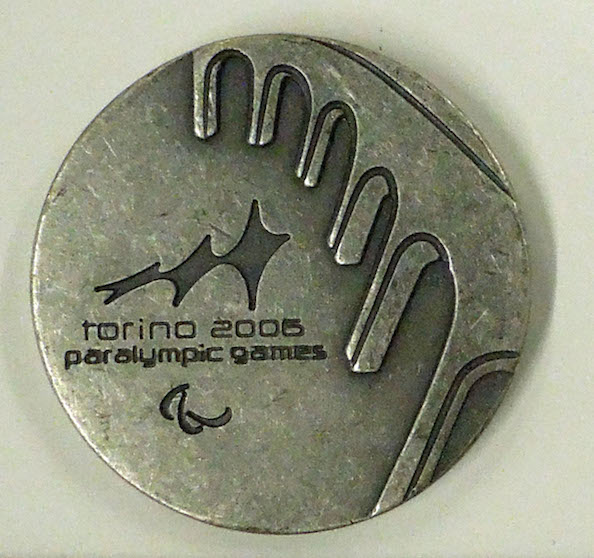 The pewter version of the Paralympic Games medal from Torino.