With our hallowed mountains and thin air, Colorado breeds—or, at least, seriously trains—Olympic athletes. In fact, this year the state boasts more than a dozen athletes seeking spots on U.S. Olympic squads. We talked with six local hopefuls looking to head to Sochi next month with Team USA. 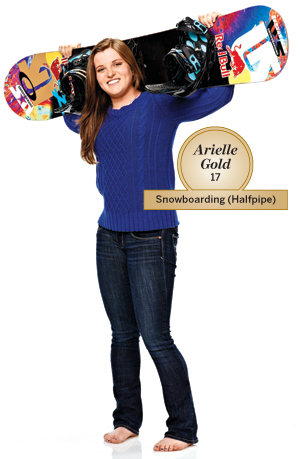 Hometown: Steamboat Springs, but trains in Breckenridge in the winter

Training Regimen: Ride from 9 a.m. to 1 p.m. for three days, then take a day off; in the gym five to six times per week

Family Ties: “My brother [Taylor Gold, another Olympic contender] has been a huge influence. He’s the reason I started snowboarding in the first place. He’s always pushed me. And having that sibling bond on the road is like a little piece of home even when I’m across the world.” 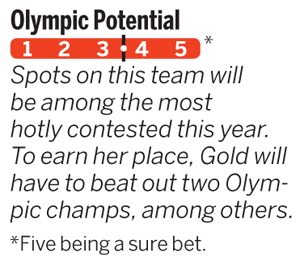 Training Regimen: Skates three or four 45-minute sessions each day plus two-a-days at the gym (total of 1.5 hours) for power lifting and interval training

Go-To Trick: Quad sow (takes off from back inside edge of one foot, performs four rotations, lands on the back outside edge of the opposite foot).

Trivia: Aaron started figure skating to improve his hockey skills. After he broke his back in 2008, he left hockey for good.

Tough Choices: “You can be good at two sports, but you can only be really great at one. It took a long time to understand what that meant—until I broke my back. I figured it out: ‘I’m going to come back with one sport, and I’m going to be great at it.’” 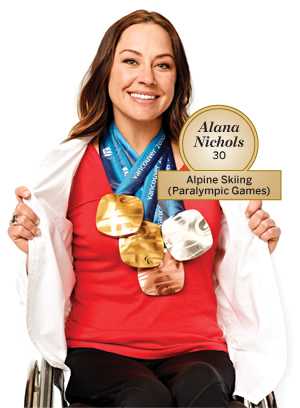 Trains In: Winter Park with the National Sports Center for the Disabled

Training Regimen: Skis from 9 a.m. to 3 p.m. followed by two hours in the gym; yoga and Pilates

Indomitable Spirit: “My brother passed away the summer before the Vancouver Games. Just before pushing out of the gate for the second run of the giant slalom I started crying. I prayed to my brother for strength. When I got to the bottom and realized I’d won the gold, it was an incredibly spiritual feeling. My brother was every part of that.”

Training Regimen: 8 a.m. to 7 p.m. most days of the week; ski jump two to three times a week, four to five hours of endurance, plus working out in the gym

Against the Odds: Fletcher was diagnosed with cancer at age three and underwent seven years of chemo and suffered a stroke before being declared in remission; he competes with his brother, Taylor Fletcher.

Beginnings: “I got into ski jumping because I was always a kid who hit the bumps and jumps on the side of the trail. Living in Steamboat, the jumps are right downtown. You go past them every day.” 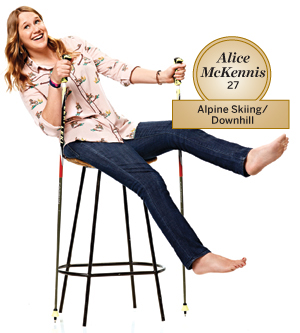 Training Regimen: Four hours on snow and then gym workouts (including spinning, core, upper body) for one to two hours

Encore: McKennis, who once considered quitting skiing to pursue competitive equestrian events, was on the 2010 U.S. Olympic Ski Team.

Finding the Edge: “At times you feel out of control: I don’t like this feeling, this sensation. I don’t know if I’m going to make it down. Those are usually the fastest runs—when you’re right on the edge of crashing or missing a gate.” 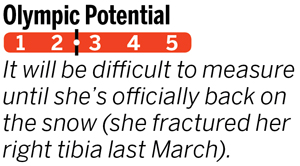 Quick Start: He was first invited to the Winter X Games at age 15.

No Net: “I do a lot of trampoline work. I practice or train tricks on the tramp and then bring them to snow. I’m not the biggest fan of air bags. I prefer [trying tricks] on a slushy day in the spring when there’s a little give in the snow so it’s not quite as scary if you think you’re going to fall.” 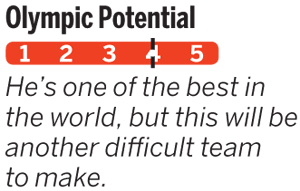 In competition, freeskiing includes slopestyle—a course with jumps, rails, and other features—and halfpipe events, though athletes don’t have to compete in both. (In everyday parlance, freeskiing refers to any type of unrestricted skiing, be it terrain parks or backcountry.) “There’s no criteria for how you have to ski the course, no timing or [requirement] to do certain tricks,” says 10-time Winter X Games medalist and 2014 Olympic freeskiing hopeful Simon Dumont. “It’s judged on overall impressions.” Coloradans might be familiar with the sport from the Winter X Games (held annually in Aspen), but every slopestyle course is different. The venue can choose the number and size of jumps and other features as well as the order in which they appear. Here, we offer a peek at the Sochi run for the men’s and women’s ski and snowboard slopestyle competitions.

Snow Bank: Organizers were concerned that snow shortages in Russia might impair the Games, so employees at Rosa Khutor stockpiled 450,000 cubic meters of white stuff under insulated blankets last winter to ensure there’d be enough for all the on-snow events.