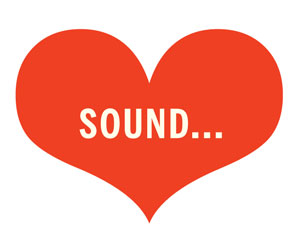 …romantic
On a date to: Denver Botanic Gardens
By saying: “Since ancient times, orchids have been a symbol of love, beauty, and strength.” (To be followed by a genuine comment on her beauty.)
This month: The Orchid Showcase runs through February 24.

…informed
On a date to: the Mayan Theatre
By saying: “Colorado is making an effort to increase film production here. New incentives have brought in more than $36 million since July 2012. Now if only that led to better flicks than The Lone Ranger.”
This month: Take your pick of the most buzzed about indie films.

…adventurous
On a date to: the Denver Museum of Nature & Science
By saying: “There are nine elves hidden around the museum, some in the murals by artist Kent Pendleton. Let’s play a game: Whoever finds the fewest has to…”
This month: Maya: Hidden Worlds Revealed opens February 14.

…interested
On a date to: Fillmore Auditorium
By saying: “In 1960, James Brown performed one of the first major concerts here—and that’s before the Fillmore was a music venue. If you could see any artist (alive or dead) live, who would you pick?”
This month: Classic alt-rock act the Pixies play February 13.

…charming
On a date to: the Denver Art Museum
By saying: “Remember sporks? Gio Ponti, the Italian architect behind the North Building, claims to have invented them.”
This month: Rebranded: Polish Film Posters for the American Western starts February 16.

…smooth
On a date to: Little Bear Saloon
By saying: “Rumor is, during Prohibition, when this venue was Prince McCracken’s Drugstore, bootleggers used to sell booze out back. Let’s go in and grab a drink.”
This month: There’s live music most nights; just check the schedule.

…fun
On a date to: Lower48
By saying: “Would you listen to this?” [while picking up your drink coaster, which is an actual vinyl album cut].
This month: Share bite-size items ($2 to $3) from the “Each” menu.

…artsy
On a date to: Session Kitchen
By saying: “Someone told me that image over the bar [point to red woman] was the first piece the designer fell in love with. It informed the entire restaurant’s look—which includes 13 art installations from artists around the world.”
This month: Warm up with the comforting flavors of the pierogi and Brussels sprouts.

…smart
On a date to: Garden of the Gods
By saying: “Did you know that Colorado contains more than half of the U.S. land area with elevations over 10,000 feet?”
This month: Bundle up for your snowy walk. And remember that the park closes at 9 p.m. in the winter.

…sporty
On a date to: a Colorado Avalanche game
By saying: “So, are you for or against the new Avalanche Ice Girls?”
This month: The Avs take on the Los Angeles Kings on February 26 and the Phoenix Coyotes on February 28.

…cool
On a date to: Cafe Brazil
By saying: [to your server] “I’ve heard that you have some hard-to-find rums available. Can you tell us about them?”
This month: Cozy up with the Cuba Libre (Angostura rum, fresh key lime, and cola).