Been busy this week? Here, some tidbits to get you back in the know.

Western Designs: The largest Coors Western Art Exhibit & Sale is currently underway (through January 26) as part of the National Western Stock Show. More than 60 artists are exhibiting—and selling—their contemporary realism depictions of the West. All of the works are worthy of your time, but these award winners deserve some special attention: 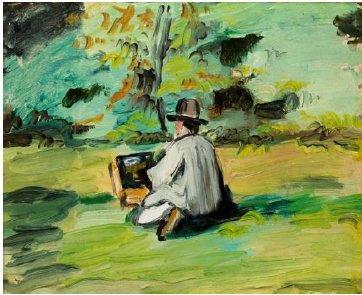 Aren’t You Impressed? Big news from the Denver Art Museum this week: Denver philanthropist Frederic C. Hamilton donated 22 Impressionist masterworks from his private collection—the largest-ever gift to the DAM. It nearly triples the museum’s Impressionist holdings and adds the first Van Goghs, Cézannes, Caillebottes, Boudins, and Hassams to the museum’s collection. All of the pieces are currently on display (through February 9) as part of Passport to Paris.

Join a (Not Creepy) Cult: Alamo Drafthouse Littleton announced the creation of Channel Z, a late-night neo-cult film program curated, in part, by Keith Garcia, the mastermind behind Denver Film Society‘s Watching Hour. The films (Demons will show on night one) will screen the last and first Saturday of every month at 10 p.m., starting at the end of January.