Turn Of A Century

During the 100 years since Union Station’s last renovation, the facility’s role as a destination and meeting place hadn’t changed much—until now.

The story of American railroads is one of progress: of industry, of commerce, of culture. So it’s only fitting that the grand reopening of Union Station should usher in not only a spectacularly remodeled train depot, but also a 21st-century transit hub and a surrounding neighborhood that will reshape the way we—and our children—live, work, and play in downtown Denver. 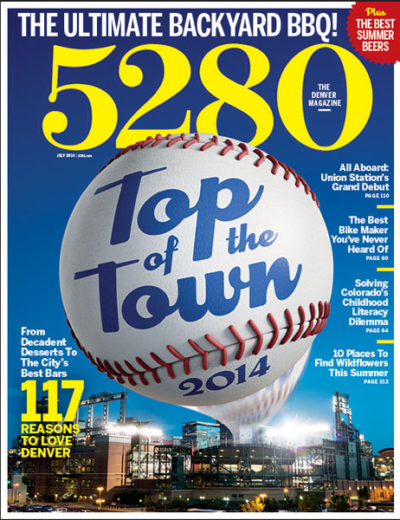 The inspiration for the massive project stretches back to the early 2000s, when the redevelopment was conceived of as little more than a modest transportation center—one with a problematic design that would’ve worsened traffic congestion and left the surrounding unsightly rail yards mostly untouched. After some concerned—and ambitious—local developers, led by East West Partners and Continuum Partners, revealed the limitations of that plan to city officials, the two groups began crafting what would become the reinvigorated cityscape we’re about to behold: an entirely new neighborhood with housing, retail, hotels, offices, and green space that caters to locals and tourists alike.

With the station’s landmark status came strict limitations. Many of the original details were recreated or restored while they also were updated to serve their present-day purposes, such as the former ticket window, which now houses one of the station’s two bars.

The people behind the new Union Station intended it to be much more than a historic renovation project. In addition to its primary function as our city’s transit hub, developers hope it also will become “Denver’s Living Room,” a gathering place where locals and visitors can meet, relax, and enjoy food from some of Denver’s best-known chefs and beers from our booming craft brewing industry. “A mistake other cities have made is making historic buildings too commercialized with lots of chains,” says developer Chad McWhinney. “Denver has a history of being authentic and unique, so we wanted that to flourish within this building.”

“Robust public transportation is important to the younger workers that are so in demand right now. Denver will be able to win that battle because it’s the type of place people want to work and live.” —Joe Vostrejs, Larimer Associates

Mayor Michael Hancock, who has tracked and supported this project since his city council days, says its impact will stretch far beyond LoDo. “Union Station is redefining downtown and our commitment to a multimodal transit culture,” he says. “It’s already become a new attraction for investment and job growth, and it creates a great quality of life. It’s a game-changer that’s taken on dimensions none of us could’ve imagined 10 years ago.”

The Crawford Hotel’s interiors had to conform to historical landmark guidelines, so features such as support beams dating to the 1800s have been integrated into the room layouts. The art, decor, and craftsmanship that went into each space reflect Denver’s Western heritage while incorporating modern design and amenities.

When it came time to name Union Station’s boutique hotel, developers considered numerous options before settling on the obvious choice: the Crawford. It’s a fitting moniker because Dana Crawford, the de facto First Lady of LoDo, has been thinking about how best to reinvent this area longer than just about anyone—even if she is a reluctant honoree. “It was Dana’s vision to redevelop this building into something special 30 years ago, and it was a favor to the team that she agreed to let us name the hotel after her,” McWhinney says.

“One of the things about this historic district is that people live here. The hotel will bring in even more people, which creates vitality, which increases the price of surrounding real estate.” —Dana Crawford, Preservationist

Each of the hotel’s 112 rooms is different, with decor from local and regional designers. Service is European style (so no front desk, just a concierge), and of course, guests will have access to the many shops and restaurants on the site, including Snooze, the Kitchen Next Door, and a Tattered Cover outlet. With room rates averaging about $360 per night, the Crawford should quickly become one of Denver’s more in-demand higher-end hotels for out-of-towners—or locals who want an urban escape in the Mile High City.