When I interviewed Shannon Galpin for “Pedaling A Revolution” in the September issue, she had just returned from a trip to Afghanistan—as in, that day. The Breckenridge-based humanitarian and activist, a National Geographic 2013 Adventurer of the Year, has spent the past five years visiting the embattled country in an effort to find ways to empower women and girls living in regions of conflict. Her solution: biking. This month, the 39-year-old releases Mountain to Mountain (St. Martin’s Press), a memoir about her experiences in the region, her determination to introduce cycling into a culture that doesn’t allow women to ride two wheelers, and her efforts to clarify the mission of her nonprofit, Mountain2Mountain—a book the green writer took nine months to write, squeezing in time in front of a computer screen after she put her daughter to bed. Because I couldn’t fit everything in my review for the September issue, find an extended interview with Galpin below.

5280: You’re juggling a lot of things—being a parent, running a nonprofit—why add writing a book to the list?

Shannon Galpin: I was really tired of people getting my story wrong. I really felt that a lot of the decisions I made—working in Afghanistan, as a woman and as a mother—people really didn’t understand. It’s viewed as slightly controversial, especially because I’m a mother. I wanted to share the real motivations behind that, and I wanted to have a different conversation about what it is to be a mother, and a different conversation about what it is to be a rape victim. I wanted to show that victims are much more than the act which has defined them, that victims can be the catalysts for change in a very positive light. And that at the end of the day, there’s no excuse for not being involved, whether that’s in your community or halfway around the world. I didn’t make the choices I made as easy choices; the financial risks, the physical risks that I take I do because I believe in what I’m doing, and I believe that that can serve as an inspiration to my daughter so that she leads an authentic life and recognizes that she has a responsibility to be involved as a global citizen.

5280: Much of the book deals with gender. As a foreign woman, you were treated to freedoms and conversations that Afghan women are not privy to. How did you deal with that?

It’s a very unique situation being a foreign woman in a country like Afghanistan where you have this honorary male status. The benefit, and what I always try to focus on, is that it gives me equality with the men who are the decision makers. They sit with me, we make plans, we can make decisions together, they respect me—and it gives me full access to the women to find out what’s really happening from their perspective because it’s often radically different from what the men tell me is happening. The negative side is the frustration that Aghan women don’t have the same access or respect or status as I have. It’s incredibly unfair. What I’ve started to come to terms with is I can’t change that. All I can do is embrace the unique status I have and use it to benefit Afghan women and to speak as their proxy until they don’t need me anymore. Beyond the bike, I’m seeing more and more Afghan women who are educated in communities working as activists, more women running for political office, joining the police force and army, taking on more controversial roles, and using their voice. That change is happening already. My job is to continue to support that. 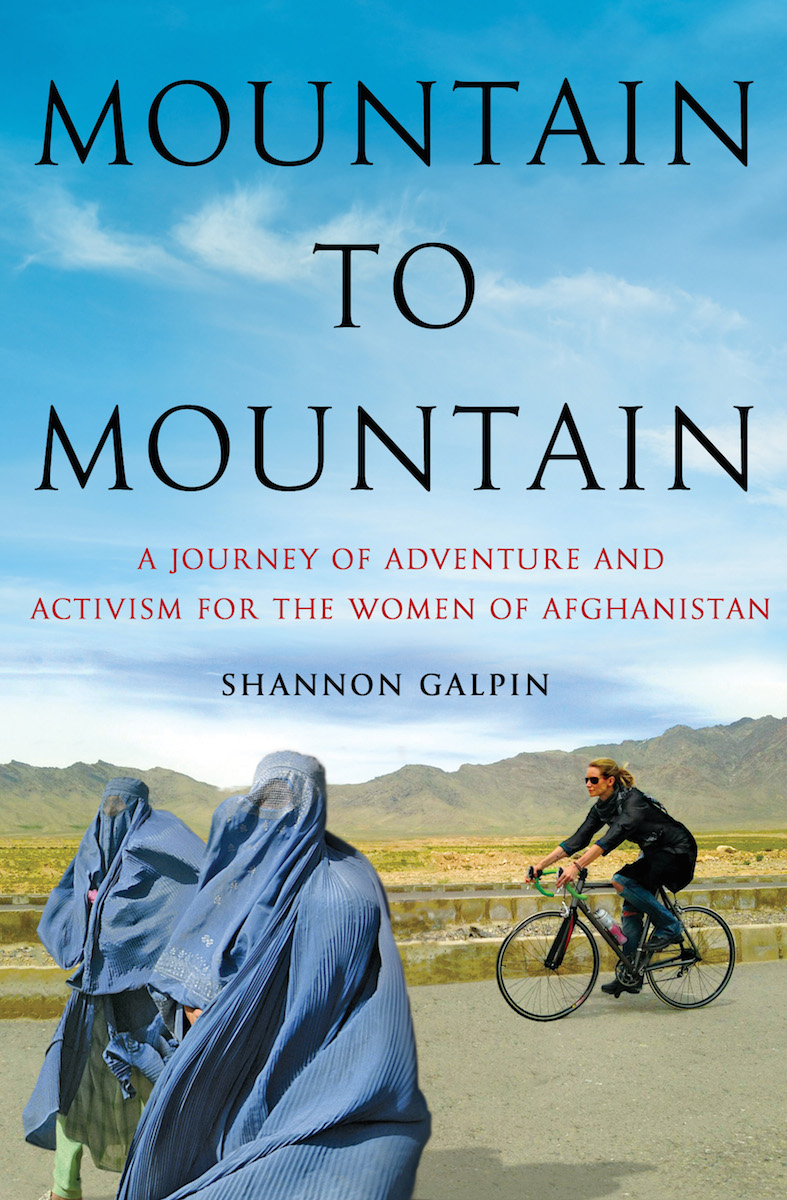 5280: How has being a woman and mother impacted your work?

Adventure and working in war zones—two different things, but in my case they overlap—are still often looked upon as the domain of men even though it’s not talked about like that. Every single interview I’ve ever given I’ve had to justify why I’ve made the choices I make as a mother—you never see that with men. The perception is that a mother who makes these choices is perhaps a bad mother or is perhaps selfish, and putting her children at risk. But when a father does that, whether it’s to climb Everest or take a job working as a contractor in Iraq, he’s lauded for his braveness or his spirit, not lambasted for choosing these things when he’s a father. It’s a double whammy in that it’s a negative for women but also a negative against men (‘Oh yeah, you’re a father but we don’t expect you around anyway.’). That gender stereotype that will eventually change with more and more women doing these things and making these choices and talking about it, having their families talk about it.

5280: How have things changed since you completed your first bike ride in Afghanistan in 2009?

I actually had to write an epilogue for the book before we even finished the editing process because when I first rode my bike in Afghanistan, and on subsequent rides, I never saw a woman on her bike. Nor would I meet anyone who would allow his daughter to ride a bike. It’s a cultural no-no, a cultural taboo in Afghanistan; some countries, like Saudi Arabia, have actual legislation. These women would have stones thrown at them, they’d certainly be insulted, and they could potentially be killed or attacked in the streets. In October 2012, on a complete fluke, I found out there was a women’s bike team in Afghanistan. Now I’ve been training and working with them and developing them as a team. Looking back, it was quite the short period of time. I didn’t think I would see any women on bikes anytime soon.

5280: Tell me more about the team and what you do when you visit.

I ride and train with the girls. I’m working to develop them so they can start racing outside the country and be able to compete, not just show up. The average age right now is 16 to 20. This summer we’re going to do outreach through the schools, trying to get girls on bikes earlier. Cycling is the sport; Afghanistan is just the way to normalize bikes for girls in general. You need the community, and particularly the men of the community, to support the projects. In this case, it’s a lot of outreach with the families. I am there to support it, to help fund it, to help coach and develop them as a team, and develop a cycling federation under the Olympic committee. But it’s really important to me that outreach happens through an Afghan face. It needs to be framed as Afghan-led, not Western-led because these girls have to take the risk every time they get on the bike. I take risks when I’m in Afghanistan three to four times a year, but these girls and their families are dealing with it daily.

5280: How has working in Afghanistan changed your life here?

I think anyone who travels is profoundly changed. Afghanistan is a country that breaks your heart with every trip and you also fall in love with it. Working there, speaking on behalf of Afghan women, and sharing their stories has made me reflect much deeper on my own motivations and my own choices in a way that I probably never would have had to before. What I really discovered in Afghanistan was how powerful voice can be, how important voice is, and that nothing changes until people start using it.

5280: What’s next for you and Mountain2Mountain?

SG: I’m going to continue my work in Afghanistan and building Mountain2Mountain, but my goal has been to—and this is before I met the girls in 2012—start this program called Strength in Numbers, using the bike as a vehicle for women who were victims of gender violence or from at-risk communities in the United States and other countries. [The bike is] such a powerful vehicle of social justice. The end goal is to expand the work and the lessons I’ve learned working in Afghanistan into other countries.