Even for the most adventurous, Afghanistan isn’t an obvious place for a mountain biking trip—particularly for women, who aren’t generally allowed to ride bicycles in the country. Those who flout the Middle Eastern taboo open themselves up to insults and even attacks. But that didn’t stop Breckenridge’s Shannon Galpin. In 2009, on her fourth trip to the embattled country, she directed her tangerine Niner 29er single-speed down a rocky schoolyard hill as 600 Afghan boys watched her make history as the first woman to publicly ride a mountain bike in the country. (Four years later, a women’s cycling team was established, though the sport still is not widely accepted for females.) 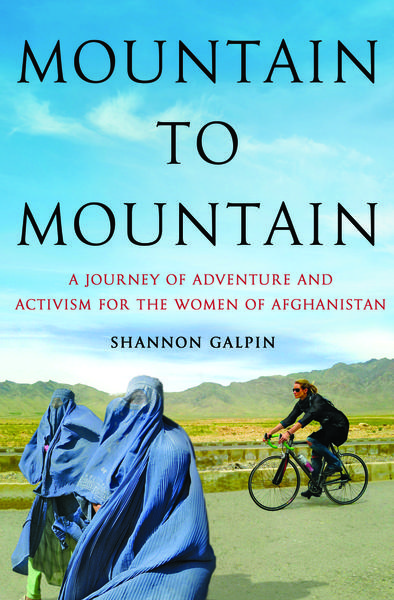 Galpin—who was in Afghanistan doing research for her then-fledgling Mountain2Mountain nonprofit, which works to empower women and girls living in conflict zones—describes that ride in her new memoir, Mountain to Mountain (St. Martin’s Press, September), along with her dozens of trips to the region. “I wanted to be able to share why I was working in Afghanistan and the real motivations behind that,” Galpin says. “Adventure and working in war zones are still often looked upon as the domain of men. I wanted to have a different conversation.”

In Mountain to Mountain, that “conversation” becomes a frank dialogue about life in a country Americans often think of solely as a war zone. The rare opportunity to get an intimate look at how someone transforms from observer to activist makes up for the sometimes-lackluster wordsmithing. When Galpin, the National Geographic 2013 Adventurer of the Year, writes about the moments that were most poignant to her—bombs erupting just blocks from her guest room, listening to the stories of female prisoners (many convicted of adultery after being raped), and the “honorary male status” that comes with being a foreign woman in a patriarchal society—the pages practically turn themselves. And when she peels back the curtain on her own loss of voice at age 18 when a stranger raped and severely beat her in a park, readers come to understand why she fights so hard to help other women. “I didn’t make the choices I made easily. I take the financial and physical risks because I believe in what I’m doing, and I believe it can serve as an inspiration to my daughter,” Galpin says. “There’s no excuse for not being involved, whether that’s in your community or halfway around the world.”