As much as he tried, Jesse Zwick didn’t really have a chance when it came to avoiding a career in the film industry. His father, Ed Zwick, has produced and/or written dozens of movies (credits include Blood Diamond and Love & Other Drugs), and his mother, Liberty Godshall, is an actress (and University of Colorado Boulder grad). But the 28-year-old—who, growing up, spent most of his summers at his family’s cabin outside of Crested Butte—didn’t stray from the family business for long. While working as a journalist in Washington, D.C., after college, he found himself practicing his own creative writing in his free time. “I definitely waited until I was able to get some validation from people other than my father, who was always encouraging. Once a few other people who weren’t related to me said [my writing] wasn’t half bad, I decided I would give [filmmaking] a try,” he says. 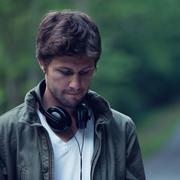 Later this month, Zwick (pictured, right) returns to Colorado to screen his debut feature film, About Alex, at the Crested Butte Film Festival (September 25 to 28). The Big Chill-esque ensemble drama—also written by Zwick—follows a group of college friends who reunite for a weekend after one of them attempts suicide—and old relationships, feuds, and more quickly resurface. The cast reads like a who’s who of up-and-coming young adult actors, including Aubrey Plaza (Parks & Recreation), Max Greenfield (New Girl), Jason Ritter (Parenthood), and Maggie Grace (Taken movies). A twentysomething himself, Zwick is able to precisely capture the perplexities of being in between carefree college days and responsibility-laden adulthood, the emotional weight our college friends carry in our lives, and the changing tide of relationships as people move to different cities and on to separate careers. Most notable is Zwick’s ability as a writer to imbue the script with just the right amount of humor (often slightly dark) at precisely the moment the audience needs a mental break.

Tackling both the writing and directing of a movie during a 20-day shoot is no easy feat, though it’s a challenge Zwick welcomed. “Having not gone to film school, it felt the best and quickest and most exciting way to teach myself every part of the process,” he says. It’s a dual role he hopes to continue throughout his career. “My father, who’s done both, summed it up pretty well when he said every time he’s at his keyboard he wishes he could be on set. Every time he’s mired in the trenches of making a movie, he misses the comfort of being behind a laptop,” says Zwick, whose writing will be part of the final season of Parenthood. “If I had my choice, I would keep moving back between those worlds. If I had to do one every day, I’d probably go a little crazy.”

Details: About Alex is the festival’s opening night film. It plays Thursday, September 25, at 6 p.m. at the Center for the Arts. Tickets are $12 (four-day festival passes cost $160). Zwick is just one of a handful of filmmakers with Colorado ties; also check out Jack Lucido’s Across the Fence and Hanna Ranch by Mitch Dickman.

Bonus: If you’re making an inaugural trek to Crested Butte, check out this First Timer’s Guide I put together after my film festival visit last fall—and let us know about other favorite CB spots in the comments.