Coloradans: I promise you that soon the campaign ads will end, the pollsters will stop calling, and your social media feeds will go back to stories about #cutestbabyever, #happyhour, and #nomnom entrees. But that’s not going to happen until November 4. Not until the last mail-in ballot has been opened and counted. And not until the concession speeches are done.

In the meantime, you’ve got a job to do: Vote.

That’s something that Campaign for a Strong Colorado, a consulting firm, is working on. After seeing the viral success of the ALS’ Ice Bucket Challenge and learning about a similar effort in Columbia to raise awareness about land mines, the group created #rollupyoursleeves. The idea is simple: Vote, write “I voted” on your arm, take a selfie, post it on social media, and challenge five people to do the same. It’s a techie version of an “I Voted” sticker. “We wanted to really engage women, youth, and minorities in this election cycle,” says Maria de Cambra, Campaign for a Strong Colorado’s campaign director. “The more we were thinking about it, we said, ‘Why don’t we do roll up your sleeve?’ It’s a very American thing.”

And it’s also a political message you can share with your social media friends even if you don’t agree with their picks. “We understand that people are frustrated,” de Cambra says. “The idea is that this is not about who are you are going to vote for. It’s about voting.”

Bonus: In 2012, I ranted about missing the “I Voted” sticker with a mail-in ballot election. So, Sean Parsons, our art and photo assistant, designed a 5280 sticker for me our readers. Guess what? He updated it for these midterm elections: 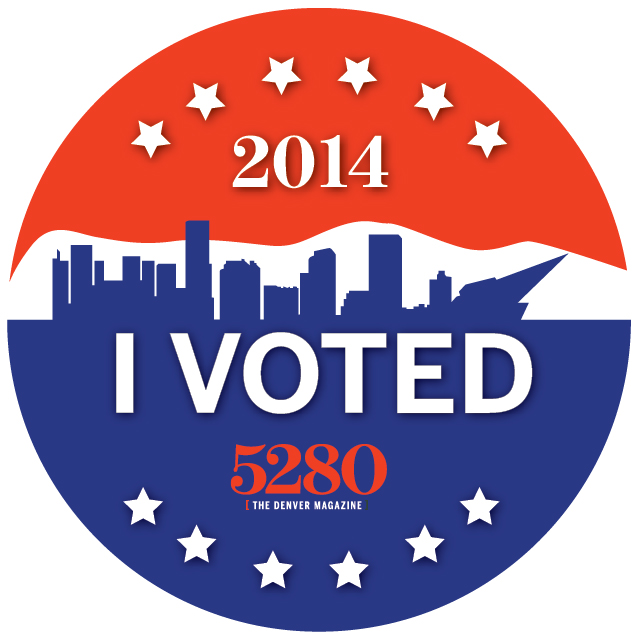