Metro Denver’s urban waterway, the South Platte River, has endured both active torment and benign neglect since pioneers settled along its banks more than 150 years ago. The river and the land alongside it were used as the city’s sewer and trash dump from 1858 until 1965—when the river fought back with a devastating flood. After that deluge, officials determined the river needed not only to be better managed for flood control but also to be better cared for. Although it has been a slow process—with missteps along the way—the river is returning to health. And further improvements are imminent: More than $41 million, from nonprofits, private entities, and governmental agencies, is being poured into the effort to reintegrate the river with its surrounding cityscape. 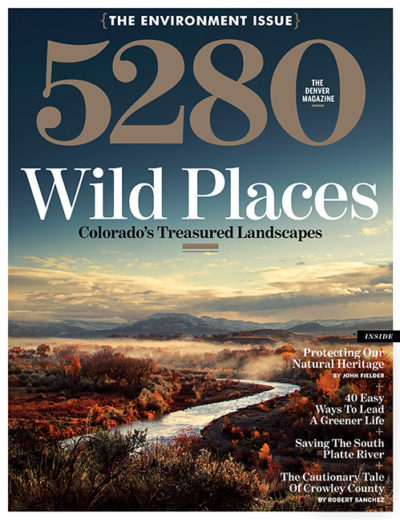 1. Globeville Landing Park
Just down the road from the Denver Coliseum, this riverside park was once a landfill.

2. Art Bridge and RiNo Park
Although the vision, funding strategy, and design for this park—which will be across the street from the Source and include a signature pedestrian bridge—are in their infancies, planners from the Greenway Foundation, Denver Parks and Rec, and Urban Drainage hope to invest more than $7 million into what they believe will be the focal point of the burgeoning RiNo neighborhood.

3. Commons Park
The South Platte River does not meet the EPA’s standards for swimmable/fishable rivers. Just one of the waterway’s environmental challenges is absorbing too much pet waste, a particularly large problem in Commons Park because of the surrounding high-density residential areas.

5. Centennial Gardens Park
This sculpted, Versailles-like gem—located just southwest of Confluence Park—was once the site of a car-crushing business.

6. Gates-Crescent Park
Currently the home of the Children’s Museum of Denver, this urban park used to be a Denver Public Works construction yard.

7. Weir Gulch
Completed this past fall, a $3.2 million restoration of the area where Weir Gulch merges with the South Platte includes a new concrete jetty for river access and community gatherings, a natural play area with a place to wade, bike and pedestrian paths, and river-health upgrades.

8. Frog Hollow Park
Before this area became a tiny green respite between I-25 and Sixth Avenue, it was a state highway department construction yard.

10. Overland Pond Park
Located right next to the South Platte River, this natural area was once a gravel-mining site.

11. Florida to Asbury Reach
A $4.4 million river rehab project, which began in early October, will reconstruct a drop structure just south of West Florida Avenue to improve boating, tubing, and fish passage. The team (the same one working on Grant Frontier and Pasquinel’s Landing parks) will also rechannel the river to help with low-flow issues, build wetland benches, and construct river-access jetties.

12. Ruby Hill Park
Before this 80-acre river-adjacent plot became a park, it was a landfill.

13 & 14. Grant Frontier and Pasquinel’s Landing parks
These two small parks will be redesigned using a $5.1 million investment from a partnership of the Greenway Foundation, the Urban Drainage and Flood Control District, and Denver Parks and Recreation, among others. River-health improvements, such as bank stabilization and removal of invasive species such as elm trees, will be accompanied by play areas and a secondary channel for wading at Grant Frontier and a fitness zone and walking trails at Pasquinel’s Landing. Construction began this past fall and will wrap up in summer 2015.

15. River Run Park’s Union Reach
The cities of Sheridan and Englewood are collaborating on a $1.2 million stream rehabilitation project that includes a redesign of the river’s drop structures to better enable boating on this one-mile stretch of water.

16. Creekside Experience
SSPR will establish a nature-based playground on this former old-car-storage lot, which rests on prime real estate between the river and Big Dry Creek.

17. Oxbow Point
With a vision to create a natural area with wetland ponds, SSPR bought this 2.6-acre parcel, which used to be a junkyard.

18. Riverside Downs
Near where the South Platte River runs underneath West Belleview Avenue, the city of Littleton plans to upgrade how the river-adjacent Mary Carter Greenway Trail connects to area commerce, which includes a spate of new restaurant patios that overlook the water.

20. Reynold’s Landing
The city of Littleton plans to improve river access and enhance boating and tubing opportunities by upgrading in-river drop structures at this small park.

21. South Platte Park Enhancement Project
In January 2013, South Suburban Parks and Recreation (SSPR)—in conjunction with the city of Littleton, the Urban Drainage and Flood Control District, Trout Unlimited, and Arapahoe County—began major in-stream improvements that will ultimately run from C-470 to just north of West Mineral Avenue to help with stagnant water and low-flow issues. Nearly $4 million is earmarked for the project, which is slated to be complete by June 2015.

22. Chatfield Reservoir
Built in response to the 1965 South Platte flood that devastated Denver, the res protects the city by absorbing runoff and determines the everyday flow of the river. In June, the U.S. Army Corps of Engineers approved a project that would increase the amount of water stored in Chatfield (raising water levels between 12 and 17 feet and obliterating 587 acres of the surrounding park). Proponents say the project will increase flow to the desperately low South Platte, but detractors say the Corps’ own studies do not support that claim. The controversy—laced with lawsuits—is ongoing. 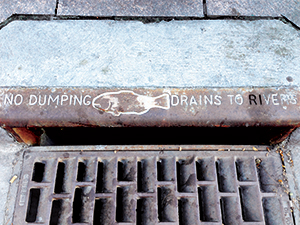 The approximate number of storm drains that flow into the river in the city of Denver. Carried by rainwater, waste—cigarette butts, plastic bottles, potato chip bags—does not get magically filtered out, which means trash in your neighborhood results in trash in the river. 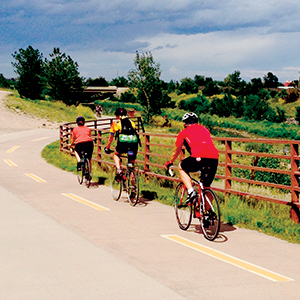 The total mileage of the Platte River Trail, which runs from Englewood to Henderson. The trail is made up of two disconnected sections but does meet up with a variety of other trails.

The number of feet wide the river should be as it enters the metro area for the amount of water typically in the natural stream channel (versus 120 feet, as pictured at left). Farther downstream, engineers in the ’70s and ’80s “channelized” the river to mitigate floods without attention to water or habitat quality for low flows, creating a too-wide, too-shallow river with not enough natural bank. Ongoing improvements are narrowing flows, adding riparian zones, and allowing the river to be more wild (while still protecting the city from floods).