Wild Woods Brewery’s Campfire Red Ale: Tucked in a non-descript building in a business park, the brewery (pictured above) is tricky to locate unless you’re looking for it. And yet, while I was there, plenty of locals stopped in to fill a growler and chat with the staff despite the single-digit snowy weather on that particular Saturday. The Campfire Red Ale’s deep red color is attributed to crystal malts and melanoidin malt. The brew’s smokiness—mild compared to other smoked beers—is still a large component of the beer’s unique flavor: it possesses the laid-back quality of an ale intertwined with a fresh woodsy flavor. 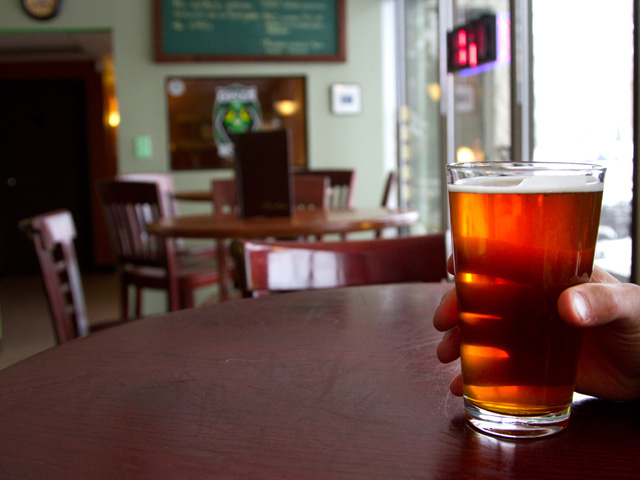 Asher Brewing Company’s Ginger Bomb: “Going green” can be as simple as drinking a brew at Asher Brewing Company, Colorado’s first brewery to served organic-certified beer. The Ginger Bomb (pictured above), a seasonal brew, is no exception: this ginger ale for adults hits your tongue with a sweet, spicy sting. Medium tones of ginger follow. This brew’s taste is reminiscent of a Christmas ale, usually flavored with ginger and other spices. Asher takes “going green” to heart: all its flagship beers have ‘green’ in their title and the tasting room is painted a relaxing shade of light green, inviting you to kick back, grab a board game, and enjoy the atmosphere. 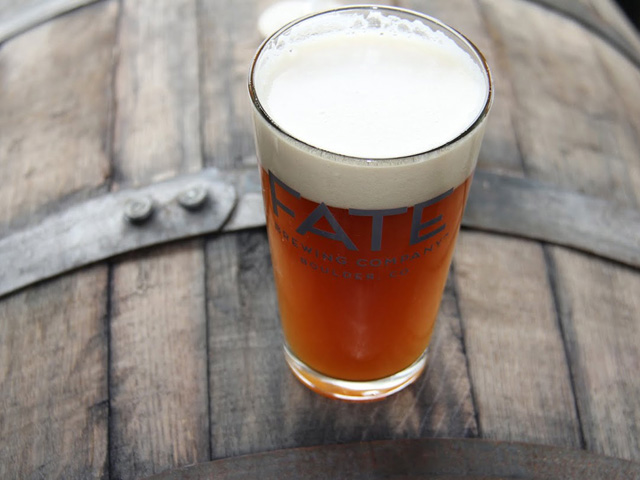 FATE Brewing Company’s Coffee IPA: In the beer world, coffee flavors usually accompany a solid stout or porter. FATE Brewing Company defies this norm with their Coffee IPA. Also available in a nitro pour, this brew is an alcoholic coffee that doesn’t give you the caffeine buzz. Notes of Boulder roaster Ozo’s Ethopian cold-pressed coffee are present in every sip, accompanied by just the right amount of hop you’d expect from a proper IPA. So smooth and tasty, you’ll want to ditch regular coffee and make this brew a part of your morning routine instead. 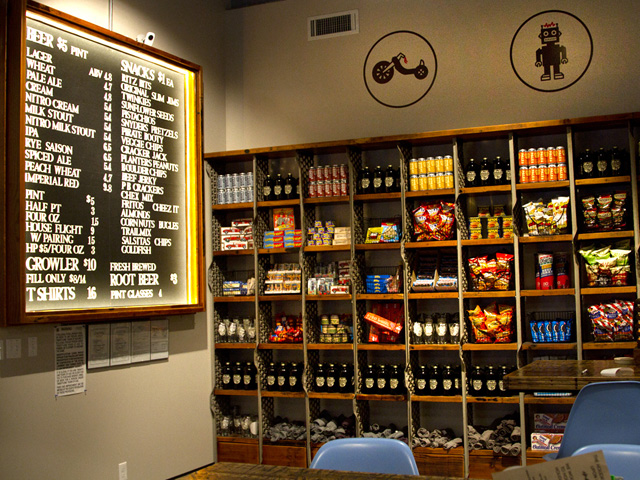 Finkel and Garf Brewing Company’s Peach Wheat: Named after the father and son co-owners’ college nicknames, Finkel and Garf invites you to become a kid again… or bring your own children along for the experience. A variety of snacks ($1 each) sit in individual cubby holes that fill the entire back wall of the bar, and baskets of complimentary legos are within arm’s reach of every seat in the house. The Peach Wheat, at 4.7 percent ABV, is the perfect combination of sweetness and carbonation, a necessary reminder of summer’s warmth as cold weather starts rolling through the Flatirons. Don’t miss the snack and beer flight: the milk stout pairs perfectly with a Twinkie. 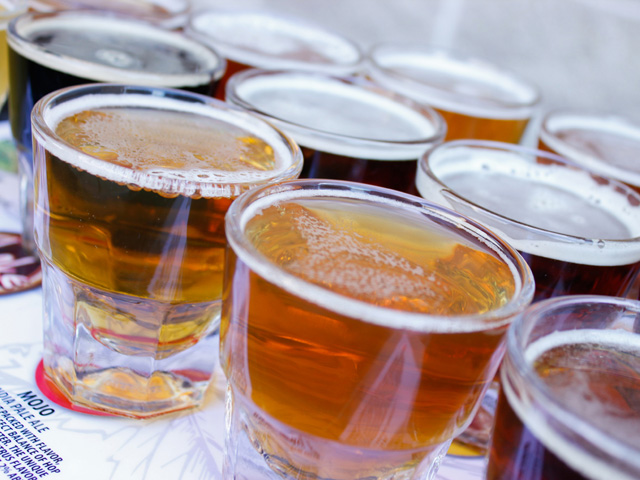 Boulder Beer Company’s Shake Chocolate Porter: All too often, a porter will promise you a special flavor… and then just end up tasting like a typical porter: dark, hoppy, and robust. Colorado’s first craft brewery brews the exception. The Shake Chocolate Porter delivers a fine medley of chocolate, caramel, and coffee that—after the initial hops—actually tastes like a chocolate milkshake.