Dr. James Warson first realized the medical potential of marijuana 35 years ago. A neurosurgeon in Fort Collins at the time, Warson heard from a patient with severe spasticity in his limbs who said smoking two joints a day worked better for him than any medication. Warson requested grant money to research marijuana’s effects on spasticity but was rejected by the U.S. government. That was in 1979.

Today, as a medical director at Colorado Medical Marijuana (a Front Range resource hub geared toward those interested in marijuana for health reasons), Warson sees about 20 patients a day who are applying for medical marijuana cards. He says the process to get a card is much stricter than it used to be. “When it first started six or seven years ago, it was way too easy,” he says. “People would slap down $300 on a guy’s desk, and he’d write an approval. Those days are gone. Those docs have had their licenses stripped, and some have done jail time.”

But the legalization of recreational pot begs the question: Why bother getting an MMJ card if weed is available to all? Several reasons: Recreational marijuana buyers can only purchase one ounce at a time, and they pay 20 to 25 percent sales tax depending on the city where they purchase. (If you hold a medical red card, which costs $75 to $100 annually, taxes will run you around eight percent.) So, if you’re a regular user, MMJ is significantly less expensive. In addition, medical marijuana dispensaries offer more products that contain higher amounts of cannabidiol, or CBD, a compound that may ease pain and nausea without the psychoactive effects of tetrahydrocannabinol, commonly known as THC. Plus, physicians and MMJ dispensary staffs can tailor delivery methods and strains to suit patients’ needs. For example, the effects of an edible might last five hours, while smoking might provide relief only for an hour; higher THC levels are often recommended for cancer patients with nausea to boost appetite; drops may ease migraines; and edibles are thought to help manage musculoskeletal pain.

Because cannabis is still classified by the government as a Schedule I drug, physicians cannot prescribe marijuana—but they can authorize a patient’s participation in the Colorado Department of Public Health and Environment’s marijuana program. Warson says most of his patients arrive with a medical history from their family doctors. “We’re not somebody’s first choice,” Warson says. “We’re somebody’s choice who has had reasonable medical attention ahead of time, and they have residual problems, like pain from cancer treatment, that might be soothed by marijuana.” 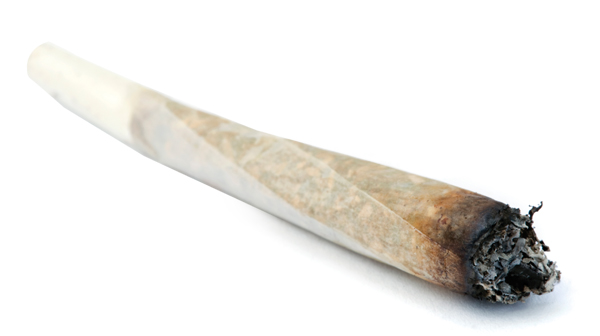 The age under which men who smoke pot have a higher chance of producing sperm with abnormal morphology (not typical in shape and size, per World Health Organization guidelines), which can affect fertility, according to a recent study published in the scientific journal Human Reproduction. Let us rephrase that for all the weed-smoking wannabe dads out there: Not until the big 3-0 can you light up without worrying that your, uh, baby-makers will be misshapen.

Bonus: Advice on talking to your kids about marijuana from the director of director of the Division of Substance Dependence at the University of Colorado School of Medicine.