You should not fraternize with Prisoners of War.

Don’t ever believe a Prisoner of War likes you. He doesn’t. 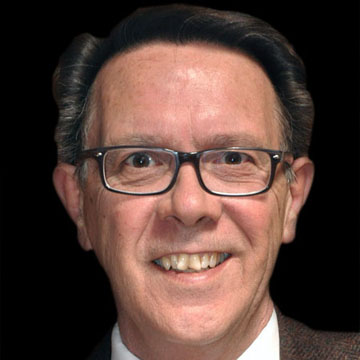 These are real “Instructions For Persons Using Prisoner of War Labor in Your County” communicated to beet farmers in Greeley during World War II. (There are 17 total.) This little remembered piece of Colorado history—German POWs providing much-needed labor in lieu of the local boys who were off fighting, you guessed it, Germans abroad—is the basis of Loveland playwright Rick Padden’s Beets, which opens at the Aurora Fox Arts Center on Friday, January 16.

Padden (pictured, right), a former newspaperman, was working at the Berthoud Weekly Surveyor when he first heard this bit of trivia. A historian who wrote for the paper came across a Berthoud resident named Robert Lebsack, who used to drive his father’s truck back and forth from Camp 202 (the local holding area for German POWs) to the farms. “We’ve heard a lot about the Japanese internment camps, but we’ve heard very little about German POW camps,” Padden says. “More than 400,000 German POWs were brought to U.S. soil in WWII—there were 500 camps in all but two states.” A few thousand of those lived at Camp 202.

Hearing an interesting story and deciding to write a play about it are two very different things for most people. Padden, though, doesn’t see it that way: “Playwriting was sort of my answer to the mid-life crisis I deny ever happened,” he says. “Instead of buying a Harley I became a thespian.” (Padden also has experience acting, particularly in Shakespearean plays.) His journalistic background fostered a commitment to a historically accurate play—though, of course, he does take some creative liberties. He spent hours looking at microfilm and reading published letters from soldiers fighting overseas so he could mimic their language; Padden also asked University of Northern Colorado history professor Janet Warrall to come to an early reading to sign off on the work. She did.

Beets centers around a local farming family. The son is stationed in Belgium. The father is trying not to lose what might be a record sugar beet crop—and reconciling his family’s survival with his hatred for the enemy. His wife sees her son in the POWs. Their daughter (here is where Padden stretches the truth) is enchanted by one of the boys.

Though Beets is set during 1944 and 1945, Padden’s exploration of war, humanity, and how we treat prisoners remain insistently relevant today.

Details: Beets plays at the Aurora Fox January 16 through February 8. Tickets are $20.

And one more: On January 27, Harvey opens at the Arvada Center. Written by late Denver native Mary Chase, the story about a man, an invisible six-foot-tall rabbit, and mistaken identities ran on Broadway for more than four years and was adapted into a film starring James Stewart.