For Justin Cucci, one man’s trash isn’t just another man’s treasure—it’s an entirely new restaurant interior. The chef and restaurateur behind Linger and Root Down stalks eBay and Craigslist for assorted bits to use as design elements in his future projects. He stows his finds—whether they’re 30 pink locker doors or 100 bowling balls—in three warehouses around town. Consider it hoarding with a purpose, one that Denverites will see on display in Ophelia’s, a new bar and music venue at 20th and Lawrence streets slated to open March 1. As Cucci readied to launch the space in the historic Kopper’s Hotel and Saloon (also a former adult bookstore and peep show), we took a walk through the miscellany-jammed storage rooms to glimpse his design mind at work.

Found: Cucci (pictured above) discovered these 30 colorful, glass tops on eBay about a year ago. He bought them because they were fun and colorful, but he didn’t have a plan for how to use them until now.
Destination: Pieced together and sealed under resin, these panels will become the upstairs bar top. 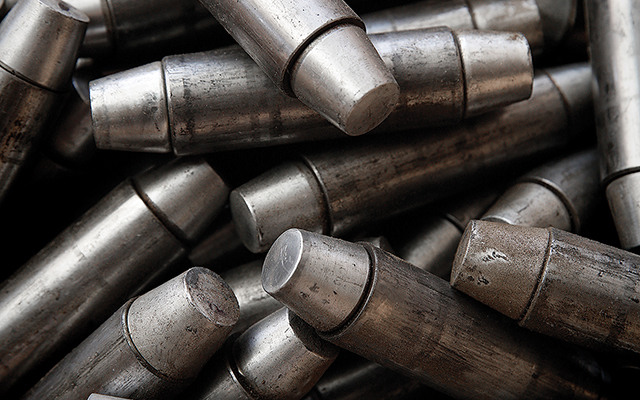 Found: Cucci unearthed these devices in the back of his painters’ van. They were scrapping old X-ray machines and throwing out the parts. Cucci became obsessed with the rollers’ size and shape, and he gathered as many as he could.
Destination: The pieces will be displayed on metal rods, forming a sort of screen wall flanking the stage. 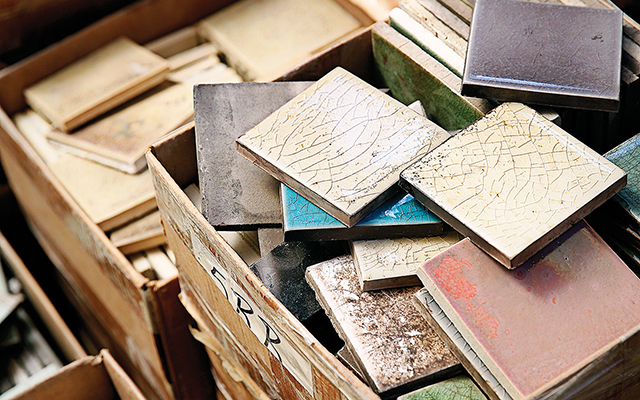 Found: When Cucci learned a Boulder ceramist was going out of business after 40 years, he bought all 24 pallets of overrun.
Destination: The squares and rectangles will line the walls of the downstairs bathrooms.

Found: Cucci has been collecting these posters for years from eBay and other websites.
Destination: In homage to the building’s former occupants, the retro posters will pepper Ophelia’s interior. 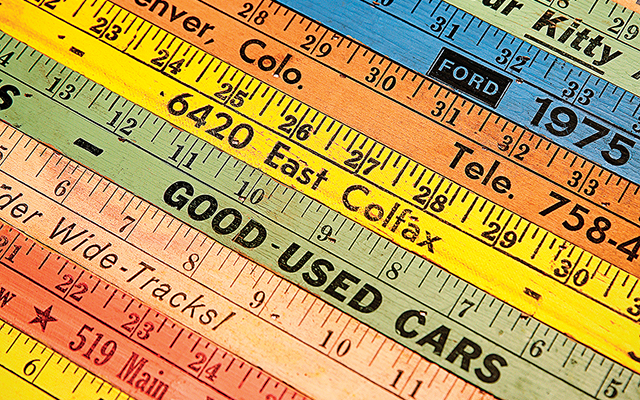 Found: Four years ago, Cucci hit a yard sale on South Broadway where a man was selling his decades-old collection of yardsticks. He wanted $2 a stick; Cucci waited until the last day and offered him $400 for six garbage cans’ worth.
Destination: The men’s and women’s bathrooms, in the form of stall doors. (The not-so-subtle message: “Do you measure up?”)

Found:Cucci’s father worked at a liquor store in Key West, where one of his customers drank 10 to 15 small bottles of Jägermeister every day. His dad became friends with the guy and started collecting his empties.
Destination: The emerald-green bottles will make up the front and back of the downstairs bar. 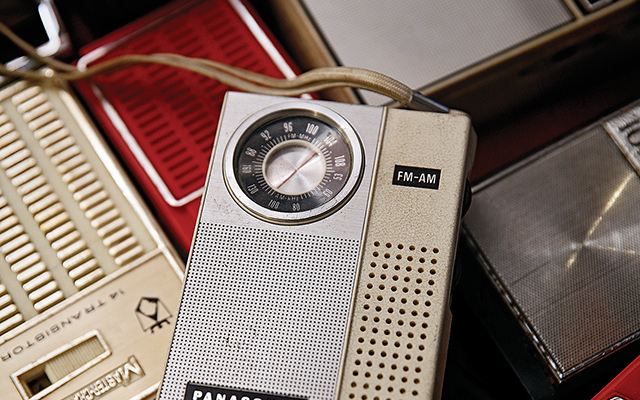 Found: Aside from a few thrift store finds, Cucci secured most of these handheld tune-makers on eBay.
Destination: The radios, which will be shadowboxed and lit from behind, will form the stage’s backdrop.

Found: When Cucci acquired the adult bookstore, it came with 12 peep-show marquees.
Destination: The light-up signs, an illuminating nod to the building’s history, will hang on four large windows.