For all of Rosie the Riveter’s mid-century encouragement (“We Can Do It!”), by 1985, we still had a few bolts to tighten in terms of gender equality. Determined that “America’s future is on the line,” the Denver Women’s Commission formed in March of that year and has been the city’s official advocate for women ever since (helping usher in legislation that made higher insurance premiums for women illegal, for instance). This year it will advise the mayor on a study of pay by gender among city workers. We’ve been studying, too, and 30 years on, we might not be able to say, “We Did It!”—but we can at least say, “We’re Getting There!”

(Read about Colorado women who deserve a Hall of Fame distinction) 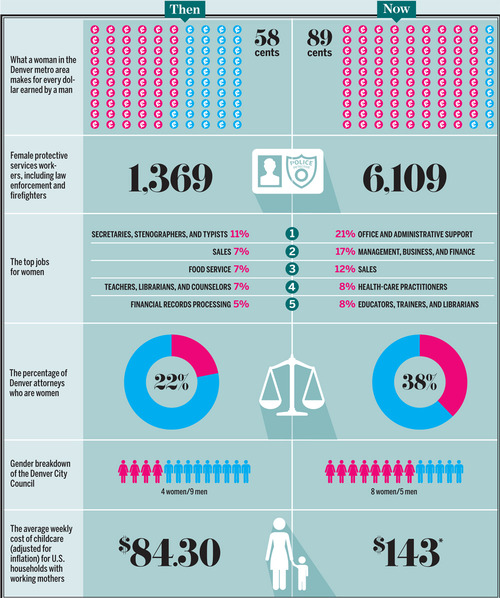 —Police badge, scale, mother and child all courtesy of iStock