Colorado’s gotten a lot of national shine in the two years since voters legalized recreational marijuana. We’ve seen segments on The Daily Show, write-ups in the major national newspapers, and even a small item in Rolling Stone enjoying the novelty of a state having to refund taxpayers based on excess pot-related tax revenue. (Thanks, TABOR.)

But apparently that weed-related street cred doesn’t make Colorado one of the country’s top party destinations. Retale, a company that helps make coupons mobile, recently released its list of the U.S.’s top 10 party states and Colorado doesn’t make the cut. The rankings are based on things like per-capita alcohol consumption, number of bars and nightclubs per-capita, music festivals, median age, and combined alcohol taxes. According to those metrics, Colorado comes in far behind places like California, Nevada, New York, Illinois and even Wisconsin. 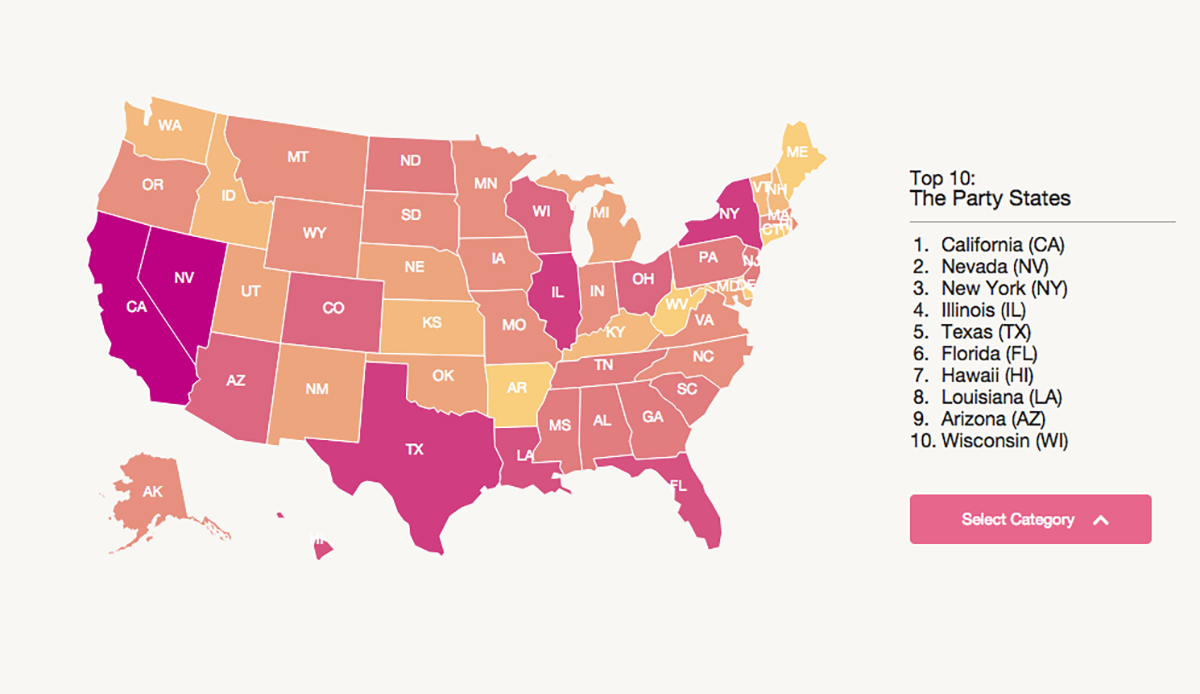 States you wouldn’t expect to be more fun than Colorado out-rank the Centennial State when you drill down into the sub-categories. Number of bars per-capita? You’re better off in places like Montana, North Dakota, South Dakota, and even Nebraska. Is your idea of a party related to per-capita beer consumption? You’ll apparently have a better time in places like Vermont, Texas, Maine, and Mississippi. If your parties aren’t popping unless there’s a party store nearby, you might want to move to Maryland, Minnesota, New Jersey, or Michigan. Maybe you’re basing your party steez on alcohol taxes per gallon. If so, head north to Wyoming, or out east to New Hampshire (Colorado came in fourth on this metric at $2.68 per gallon in 2013).

So, yeah, there are states out there with a younger median age, and more bars, and who consume more beer than we do. That’s cool. But we do all those things pretty well, and we’re also a lot healthier about it. So while California’s fun, and Arizona, too, we’ll stick to partying Colorado-style.